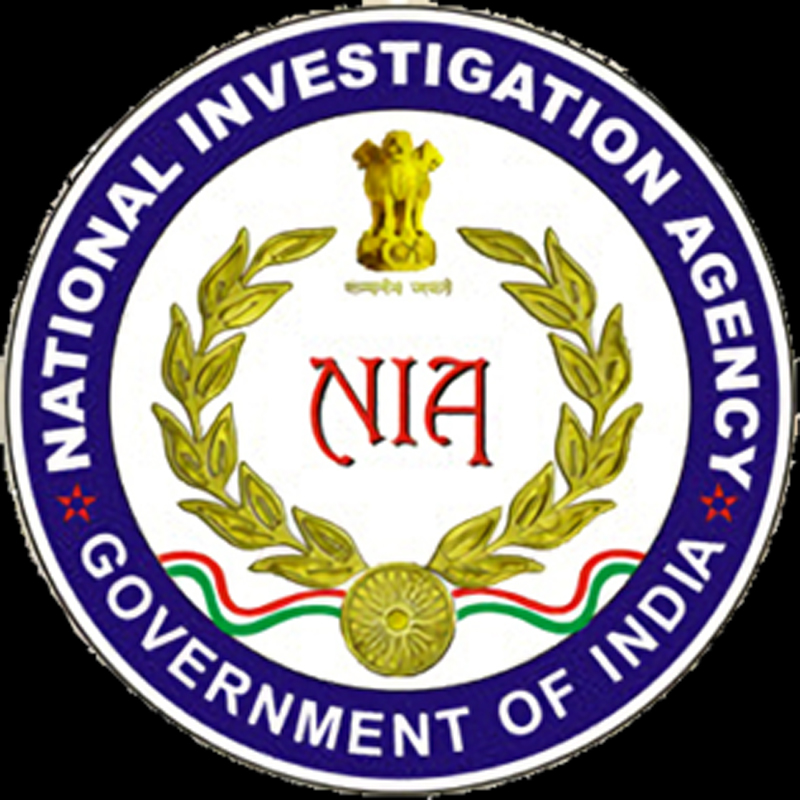 Ahead of searches, LeM militant arrested from Anantnag

JAMMU, July 31: The National Investigation Agency (NIA) today conducted simultaneous raids at 15 locations in Jammu, Ramban Shopian and Anantnag districts on the basis of disclosures made by Lashkar-e-Mustafa (LeM) chief Hidayatullah Malik and Lashkar-e-Toiba (LeT) ultra Nadeem-ul-Haq of Banihal and recovered large quantity of terror-related material besides apprehending a militant.

Click here to watch video
The militant who was arrested ahead of the searches has been identified as Irfan Ahmad Dar son of Mohammad Yakoob Dar, a resident of village Batingoo in Anantnag district.
Arrested militant was part of Lashkar-e-Mustafa outfit, sources told the Excelsior.
In Jammu region, the NIA conducted raids at two houses in Sunjwan belonging to Nazir Ahmad Bhat and Moulvi Farooq Ahmad and two places at Kaskoot and Zainihal in Banihal.
At Sunjwan which is located on outskirts of the City, the NIA raided houses of Nazir Ahmad Bhat son of Lassa Bhat, at Ghazibal Jalalabad and Moulvi Farooq Ahmad son of Sirazudin near Mominabad Masjid.
While Hidayatullah Malik, the self styled chief of Lashkar-e-Mustafa had stayed as tenant in the house of Nazir Ahmad Bhat, in Moulvi Farooq Ahmad’s house grandparents of Baseerat alias Seeba, a LLM student of Kashmir University, who happened to be the wife of Hidayatullah Malik had stayed.
Seeba used to take up cases of Lashkar-e-Mustafa in the courts. At present, both Hidaytullah and Seeba are in jail. Seeba had stayed in a house in the City.
At Banihal, the NIA conducted raids at the residences of Nadeem-ul-Haq son of Abdul Rehman, resident of Zainbal and Talib-ur-Rehman son of Abdul Rehman Najar, R/o Kaskoot Chanpora. Residence of one Nadeem Ayub Rather son of Mohammad Ayub Rather, at Chakichalan Harman in Shopian district was also raided.
Nadeem-ul-Haq was arrested on June 26 from near Wave Mall here along with 5.5. kg IED which had been dropped from across the border by the LeT militants using drone and he had collected it for planting at crowded marketplace to trigger casualties while Nadeem Ayub and Talib-ur-Rehman were arrested in the same case on July 1.
Prior to the arrest of Hidayatullah Malik at Gangyal in January, police had arrested Ayaz Bhat of Anantnag, Rayees Mir of Pampore and Shakit Itoo of Shopian. The trio had disclosed that Hidayatullah had reached Jammu with arms and explosives with a view to carry out terror strikes in the City. Later, police had arrested Hidayatullah’s wife Baseerat alias Seeba from a locality in the city where she was putting up.
Couple of days back, the NIA had arrested two Bihari youths who were instrumental in supplying weapons to Lashkar-e-Mustafa.
Nadeem-ul-Haq was arrested from near Wave Mall on June 26 along with 5.5 kg weight IED, the day two drones struck at Indian Air Force Station causing injuries to two Air Force personnel and minor damage to the building.
The IED was dropped from across the border through a drone., which was picked up by an Over Ground Worker of the LeT who later handed it over to Nadeem for planting it at crowded place.
During the searches, many digital devices including mobile phones, pen drives, shells of used bullets, CDs, plastic face masks that are used as a shield during stone pelting, memory cards, handwritten jehadi material, ID card of Al-aqsa media and other incriminating materials have been recovered, the NIA said.
The LeM was working at the behest of Pakistan-based Jaish-e-Mohammad (JeM) outfit and was declared wiped out in February with the arrest of its self-styled chief Hidayatullah Malik and his associate Nazir Ahmad from Jammu, both residents of Shopian district.
They were trying to set up a base to receive Pakistani militants and arms and ammunition from across the border besides carrying out terror attacks.
“The NIA along with J&K police and CRPF conducted searches at nine locations in Shopian, Anantnag and Jammu districts in connection with the case related to the LeM. Subsequent to searches, one accused person — Irfan Ahmed Dar of Batingoo (Anantnag) was arrested,” a spokesperson of the agency said.
Six locations were searched in connection with the IED recovery.
The NIA said the preliminary investigation has revealed that he was involved in the conspiracy to carry out terrorist activities in collusion with other arrested accused.
The case was initially registered at Gangyal Police Station in Jammu relating to a conspiracy by the LeM to carry out terrorist activities in J&K with an intention to threaten the sovereignty, integrity and security of India, the spokesperson said.
The NIA had re-registered the case on March 2 and taken over the investigation, he added.
The NIA said the IED recovery case was initially registered on June 27 at Police Station Bahu Fort in Jammu.
“It was a conspiracy by LeT to cause an explosion in Jammu using the IED. The NIA had re-registered the case on July 19 and took over the investigation,” the spokesperson said.