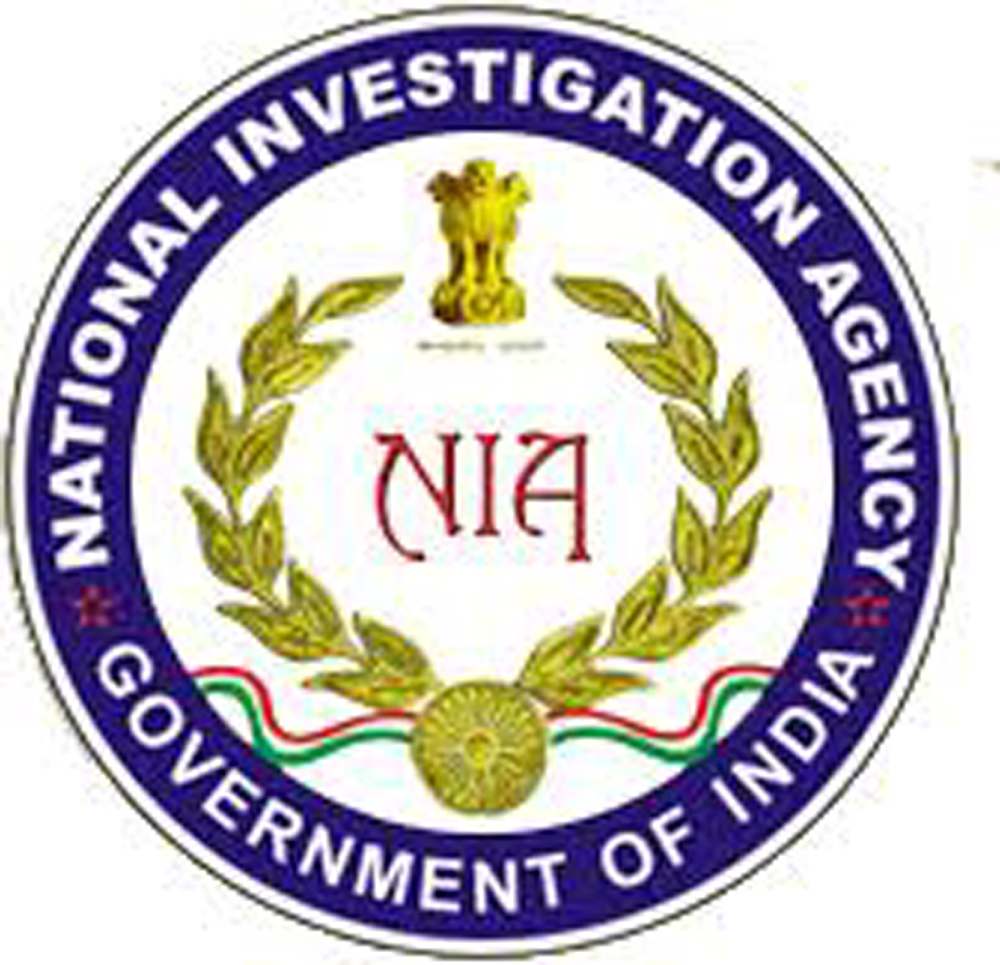 JAMMU, July 6: The NIA today filed a charge sheet against six people, including suspended DySP Devender Singh and a top Hizbul Mujahideen leader, for allegedly waging “war against India” with the help of Pakistan-based terrorists and members of the country’s high commission in Delhi, officials said.
The 3,064-page charge sheet, filed in a Jammu court under the Unlawful Activities (Preven-tion) Act and various sections of the Indian Penal Code, names self-styled commander of the Hizbul Mujahideen terror group Syed Naveed Mushtaq alias Naveed Babu and his alleged network of aides.
If all the charges are proved in the court, the accused can be punished with death or a life sentence.
The others named are Naveed Babu’s brother Syed Irfan Ahmad as well as the group’s alleged Over Ground Worker Irfan Shafi Mir, alleged accomplice Rafi Ahmad Rather and businessman Tanveer Ahmad Wani, former president of the Line of Control Traders Association.
According to the National Investigation Agency, the accused were part of a deep-rooted conspiracy hatched by the Pakistan-based Hizbul Mujahideen and Pakistani state agencies “to commit violent acts and to wage war against the Union of India”.
Detailing the conspiracy, the NIA alleged that Deputy Superintendent of Police Devender Singh, who is in a jail here, was “in touch with certain officials of Pakistan High Commission in New Delhi through secure social media platforms. Investigation revealed that he was being groomed by Pakistani officials for obtaining sensitive information”. It said in the charge sheet that the probe in the case has brought “on record that the Pakistani establishment has been devising all possible ways and means to fund, arm and sustain the terrorist activities of the banned terrorist organization Hizbul Mujahideen”.
The “so-called leadership” of the banned terror group, including its chief Syed Salahuddin, his deputy Amir Khan, operational head Khursheed Mehmood and financial head Nazar Mehmood besides officials of the Pakistani establishment were extending support to Hizbul Mujahideen cadres based in Jammu and Kashmir, the charge sheet stated.
It comprises 3,017 oral and documentary evidences, the officials said.
Singh was arrested on January 11 this year along with Naveed Babu, Rather and Mir, an advocate, when their car was intercepted by Jammu and Kashmir police near Qazigund on the national highway connecting the Valley with the rest of the country.
A search of the vehicle led to the recovery of an AK-47 rifle, three pistols and a cache of ammunition and explosives. The NIA took over the case on January 17.
The investigation found that Singh, in an apparent bid to shield Naveed Babu, had shifted him along with the advocate to Jammu and arranged safe shelter for them in the city in February last year.
Singh used his own vehicle for the movement of the Hizbul Mujahideen terrorists and also assured them help in procuring weapons, the NIA alleged. It said Naveed Babu, a former police constable who deserted the force along with weapons, was responsible for several killings, including an attack on labourers and truck drivers after the abrogation of Article 370 in the erstwhile State of Jammu and Kashmir.
The charge sheet said Naveed Babu made efforts to recruit gullible youths to join the Hizb and was also receiving funds from “LoC traders”. It accused Wani of providing him funds with the help of other traders based in Pakistan occupied Kashmir.
Investigations revealed that the accused were obtaining weapons and ammunition from across the border with the help of arms smugglers and Singh. These weapons were later used for terrorist activities, it said.
Highlighting the role of Mir, who is alleged to be a double agent, the NIA said he had met top leadership of the terror outfit as well as Umar Cheema, Ahshan Chaudhary, Sohail Abbas and others of Pakistan’s spy agency ISI. He was tasked with identifying and activating the new hawala channels for transferring money to sustain terrorist activities in Kashmir valley, the charge sheet added.
The NIA said Mir was in touch with certain Pakistan High Commission officials in New Delhi. They provided him funds to organise seminars in the erstwhile State to mobilise the masses against the Indian government.
The advocate by profession also received instructions and money from the Pakistan High Commission and facilitated visa applications for a number of Kashmiris to enable them to visit Pakistan, it alleged.
In its charge sheet, the NIA said investigations against another accused Tariq Ahmad Mir, arrested in April this year, continued and the agency would be filing a supplementary chargesheet against him. Mir is a former sarpanch of a village in Shopian in south Kashmir.