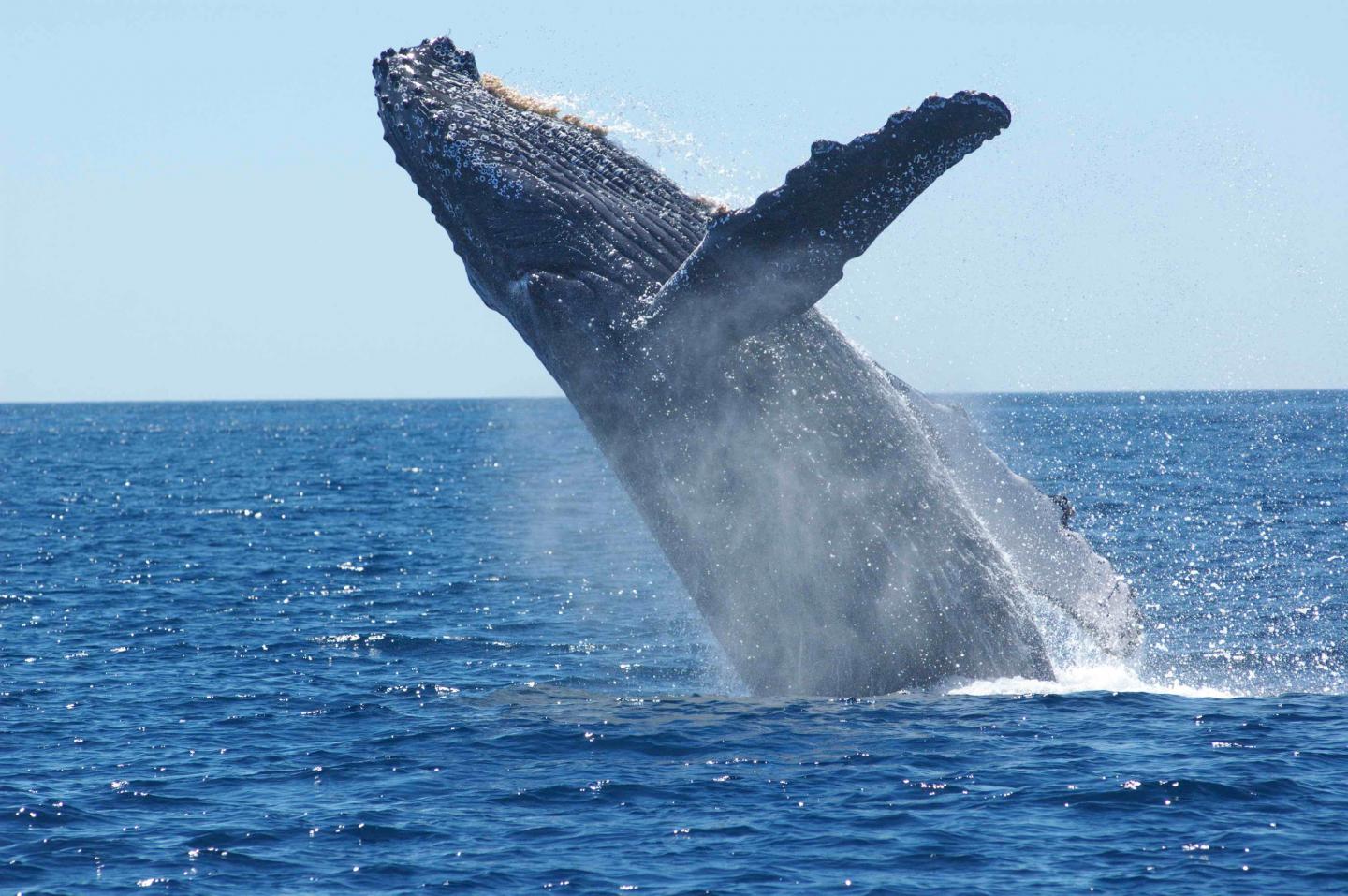 MELBOURNE: Researchers have developed a new method for hormone testing in whales, and have pointed out the flaws in currently used procedures, an advance that may lead to better ways of screening the giant marine mammals for pregnancy.
According to the researchers, including those from Australia’s Griffith University, for decades, the only way scientists could count pregnant whales was by sight and best guesses based on visual characteristics.
For the last several years, they said, researchers have relied on hormone tests of blubber collected via darts, which were often inconclusive.
The new testing method, described in the journal Scientific Reports, allows researchers to gather a simultaneous measurement of 11 hormones in each sample of whale blubber using a chemical analysis technique called liquid chromatography tandem mass spectrometry.
It identifies hormones based on their molecular size and mass, which the scientists said ensures higher accuracy and selectivity compared to the current method.
“Up to this point, most measurements had been conducted using immunoassays, which require a ‘one at a time’ approach to hormone measurements,” said study co-author Ashley Boggs from the National Institute of Standards and Technology (NIST) in Australia.
“We know that hormones act together in suites to cause large physiological changes. If you focus on only one hormone at a time, you might miss the major hormone of interest, or simply run out of money or samples,” Boggs said.
By casting a wider net and looking for more hormones, she said, scientists can get a better set of biomarkers.
Boggs added that correct timing of the tests could also improve their accuracy rates.
“Criteria will change depending on how far along the pregnancy has progressed,” she said.
According to the researchers, being able to determine whale pregnancy is important because it offers insight into the health of a population.
They said whales are sensitive to changes in their environment and can serve as early warning signals that something is amiss, including details about the health of the food web, the impact of ocean noise, and the levels of contaminant exposures.
In recent years, the study noted that humpback whale numbers have increased dramatically in many places, although they are still considered endangered.
The large size of these mammals, it said, makes it difficult to count or study pregnant females using traditional identification methods.
According to the researchers humpback whales can serve as an indicator species for other, more endangered large whales, and by developing analytical measurement techniques for these species that are doing well, scientists can confidently apply them to other, more protected species.
The team studied female humpbacks along the east coast of Australia during two stages of migration.
It randomly sampled fifty-two individuals before reaching the calving grounds in June/July and again after departing the calving grounds in September/October.
Before reaching the calving grounds, the scientists said, only one had a high concentration of progesterone, the hormone that has previously been used as an indicator of pregnancy in this species.
But this number seemed too low to be reliable, they said, indicating that the animals’ hormone profiles change in late pregnancy, since multiple calves were seen later. (AGENCIES)