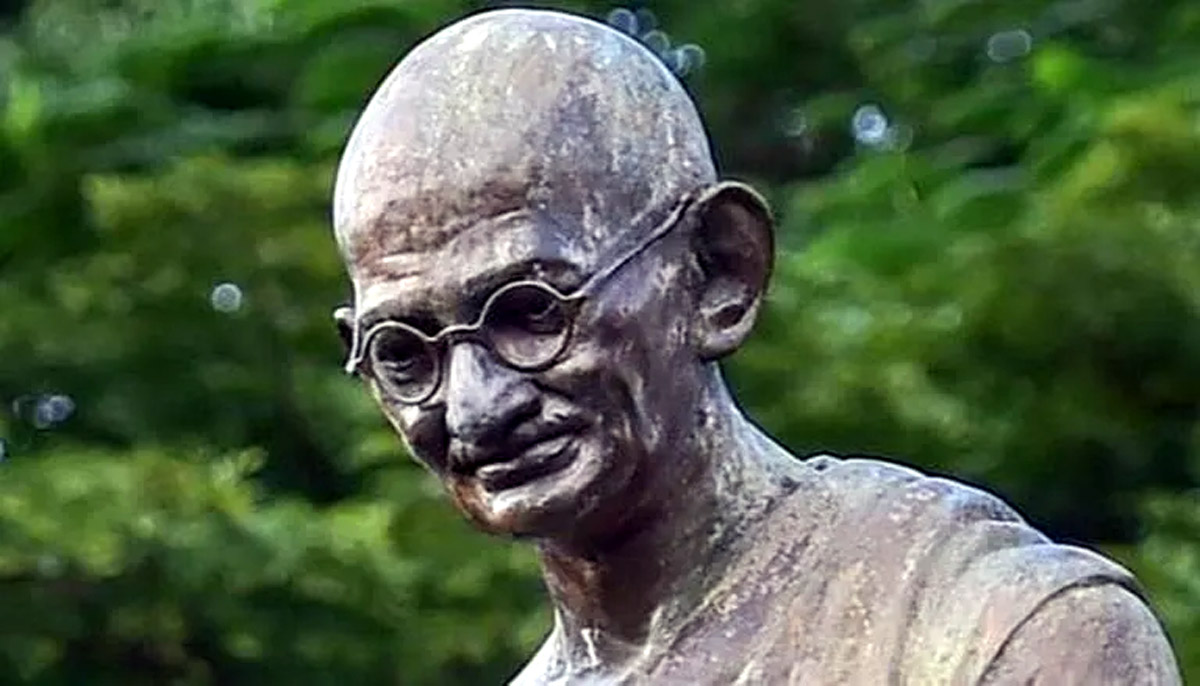 LONDON, Oct 2: India’s new High Commissioner to the UK, Vikram Doraiswami, on Sunday led Gandhi Jayanti tributes on the 153rd birth anniversary of Mahatma Gandhi in London, the city which he noted was where Gandhiji’s “story began” as an apostle of peace and non-violence.
At a ceremony bringing together members of the Indian diaspora, parliamentarians and community leaders at a historic statue of Mahatma Gandhi at Tavistock Square, the High Commissioner noted that the commemoration of October 2 as the United Nations’ International Day of Non-Violence is testament to the enduring universal message and legacy of Bapu’s message.
“My life is my message; in those few words he carried a wealth of wisdom,” said Doraiswami, in his address.
“His life was one that was lived in simplicity, in strife and in an effort to bring out from each of us the best that we could be… the more we engage with it, the more we realise that his message contained a wisdom and a value that remains universal,” he said.
With a central message of striving to achieve the Mahatma within us through humanity, the High Commissioner added: “His message remains relevant today, recognised in the International Day of Non-Violence since 2007 by the United Nations, and it’s a message we do well to remember at a time when the world is once again at great peril and great strife.
“In the United Kingdom, Mahatma Gandhi got his beginnings as a young lawyer from Porbandar in Gujarat. He was here as a student and his many complex experiments with truth, as he later named his biography, began here in London… his story began here.”
The annual Gandhi Jayanti commemoration, organised by the High Commission of India in London and supported by the India League organisation which traces its roots back to the freedom struggle, began with floral tributes and was followed by the singing of Gandhiji’s favourite bhajans ‘Vaishnava Jan’ and ‘Raghupati Raghav’ by the students of the Bharatiya Vidya Bhavan Centre in London.
“Generations to come will scarcely believe that one such as this of flesh and blood ever walked this earth: those were the words of Albert Einstein. Consider that the greatest mind in the western civilisation held in awe and wonderment the greatest that my civilisation had ever produced,” said India League president Alpesh Patel in his address.
“Consider also the values he represents at this most dangerous time in the world. We have a man whose values transcended countries and religions,” he said. (PTI)