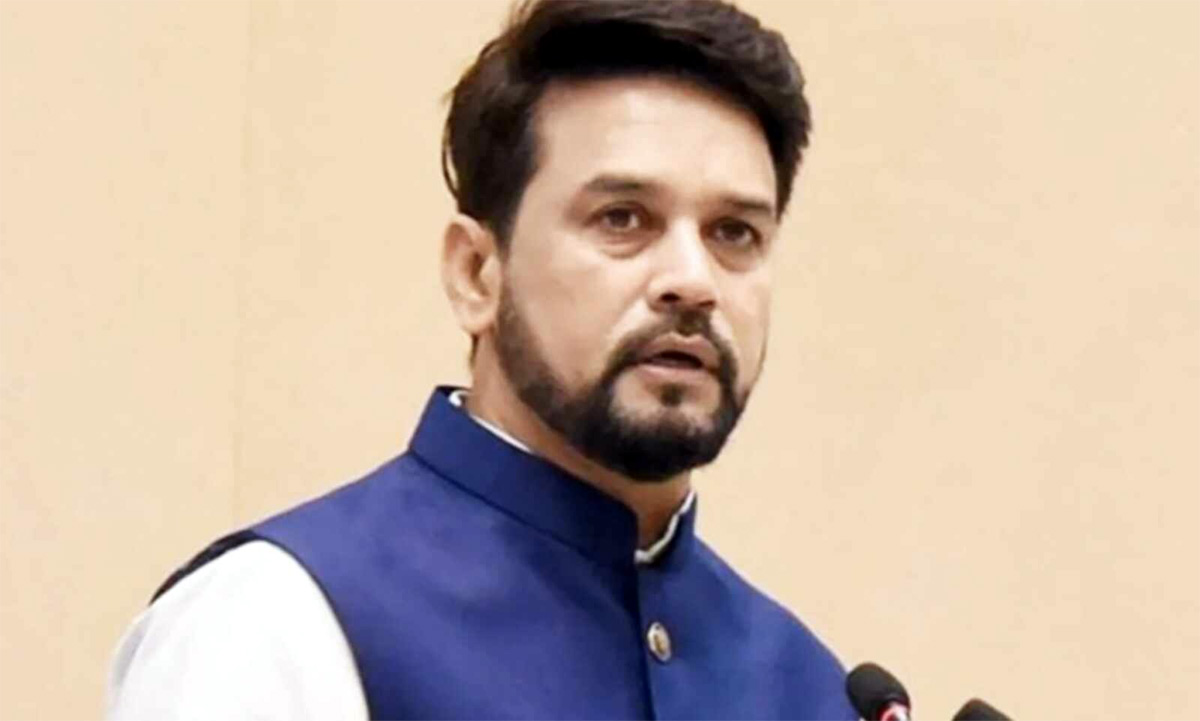 NEW DELHI, Nov 28: India has always had the talent, it just needed an opportunity to be seen without gatekeepers where the audience determined its success, Information and Broadcasting Minister Anurag Thakur said on Monday, referring to the popularity of new entertainment platforms such as OTT.
Addressing the closing ceremony of the International Film Festival of India (IFFI) in Panaji, Thakur said the world of cinema is bustling with raw talent, finding its voice from theatre schools, small production houses and the hinterland of India.
“The platforms are new, whether it is short films on our mobile devices, movies on the go, or binge watching on OTT (over-the-top). We are seeing incredible talent being recognised, enthralling audiences and doing great business too,” he said, drawing similarities with sports leagues that have brought raw talent to the fore in cricket, kabbadi and hockey.
Thakur said the advent of different streams of cinema propelled by affordable handsets and cheaper data prices was leaping ahead on sheer individual talent to showcase powerful and captivating stories to the world.
“Not only are the audiences enjoying a plethora of regional content, but also foreign content dubbed in Indian languages,” the minister said at the star-studded closing ceremony of IFFI.
Thakur said IFFI had opened up a nuanced world of cinema for audiences across the region, both young and old, new and festival veterans.
He felicitated Dadasaheb Phalke awardee Asha Parekh, actors Chiranjeevi, Ayushmann Khurrana and Akshay Kumar during the closing ceremony.
Thakur also acknowledged the presence of the actor and writer of Israeli series “Fauda” — Lior Raz and Avi Issacharoff — in the audience.
“The Netflix series Fauda has been a hit in India and received a thunderous reception during the IFFI premiere of their fourth season. Israel and India can be leading partners to propel the creative economy sector,” he said.
Thakur said Israel and India were leading start up destinations of the world, especially in the technology sector.
“In the times ahead, I am confident we will see collaborative productions, untold captivating stories and cutting edge innovation emerging. This is just the beginning for our creative economies. When hearts and minds meet, a thrilling story awaits us,” the Union minister added. (PTI)