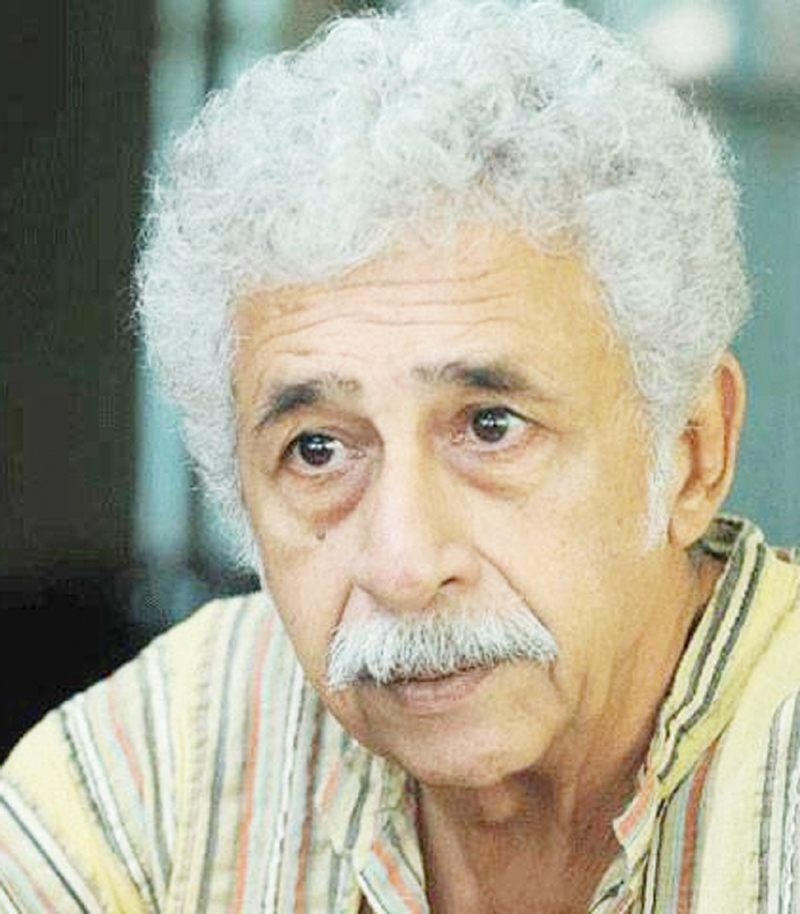 MUMBAI, Aug 16:
When Naseeruddin Shah was young and starting out his career, the actor was prepared for “a long hard struggle”, aware of the odds he was against but hopeful for a fruitful pay off.
The actor made a name for himself in what was referred to as the ‘parallel cinema’ in the 70s and 80s, headlining off-beat films and collaborating with mostly young and new directors.
“I never felt any despair because I didn’t expect success to come easily,” Shah said, reflecting on what he felt when he began acting.
“I was prepared for a long hard struggle. I was also not willing to admit defeat easily. The thought of failure didn’t even occur to me, even though I knew the odds I was battling.”
The 70-year-old actor said his outlook towards life and career—to never give up—hasn’t changed over the years.
“I never entertained the thought of failure. ‘What will happen if?’ I never thought about this. I just had to become as good as I can. If I know my job, I’ll get work. This was my belief.
”There has been no change in the way I see things today, in fact it has been consolidated, confirmed in my head now.”
Shah was speaking on the sidelines of the screening of the short film “Half Full” that won at Shorts TV’s Best of India Short Film Festival.
Featuring him alongside Vikrant Massey, the 12-min short directed by Karan Rawal chronicles the story of a young man battling internal conflicts.
In young directors taking baby steps in their career, Shah sees himself and is encouraged to know that there are filmmakers who still want to work with him.
“I remember if I had not received a helping hand at every stage I might not have made this journey. I love to work with youngsters, like to see dreams in their eyes. It honours me that they have the faith in me and still want to work with me even though I am way beyond my prime.
“It’s very encouraging for me to feel wanted by the younger generation. I’ve done hundreds of films with first time directors and never regretted it.”
Shah, however, is aware of the intimidation a debutant might feel working with him. “How do we direct a man whose films we grew up watching?”
“I understand that but I try my best not to let that get in the way. I don’t believe in overruling the director. If I don’t have faith in the director I’ll probably not work with that person.”
Shah is currently enjoying working in short films on varied topics and genres with the hope of making one himself.
“Short films are great but aren’t easy to make. I really think short film, everything compressed, is the future.
“People don’t have the time to sit through three hours of historical epics anymore.
“I might even attempt to make one myself. I have to wipe off the blot of the bad film I made. But at the moment I am only dreaming.” (PTI)