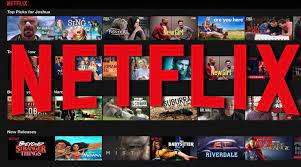 New Delhi, Jan 20: Netflix has added two more games ‘Arcanium: Rise of Akhan’ and ‘Krispee Street’ to its gaming service for both iOS and Android users across the globe.
‘Arcanium: Rise of Akhan’ is an open-world single-player card strategy game developed by Rogue Games. The second game, ‘Krispee Street’ developed by Frosty Pop is a puzzle game based on a popular webcomic named ‘Krispee’.
According to a TechCrunch report, the first game’s goal is to create a team of heroes and embark on a journey to defeat ‘Akhan the Calamity’ and save the world of Arzu from destruction. If one person on your team succumbs to corruption, the game ends.
The goal of ‘Krispee Street’ is to bring the characters and world of Krispee to life by finding hundreds of characters and objects scattered throughout the levels.
Netflix’s gaming service now has 12 titles, including Bowling Ballers, Shooting Hoops, Teeter Up, Asphalt Xtreme, Stranger Things 1984, Stranger Things 3, Card Blast, Dominos Cafe, Wonderputt Forever and Knittens.
As per the report, the streaming giant that acquired independent game developer Night School Studio-best known for narrative-driven titles like Oxenfree- has plans to expand its gaming catalogue.