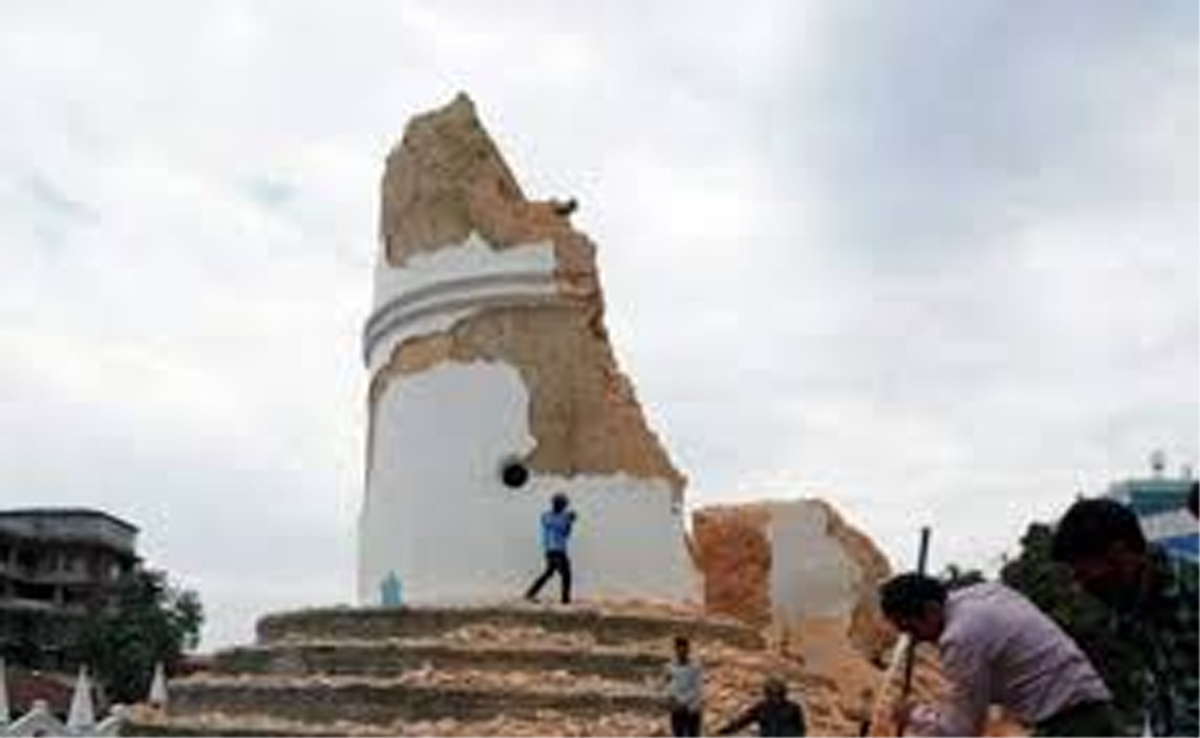 KATHMANDU, Dec 27: Nepal Prime Minister K P Sharma Oli Thursday laid the foundation stone for the reconstruction of the historic Dharahara tower situated in the heart of Kathmandu which was destroyed during the devastating earthquake of 2015.
A joint venture of Chinese company GIETC and a local firm has won the contract to rebuild the new 22-storeyed structure at a cost of NRs 3.48 billion.
The nine-storeyed 62-metre-tall white tower built by Nepal’s first prime minister Bhemsen Thapa in 1825, had collapsed twice before during earthquakes in 1934 and 2015.
Speaking on the occasion Oli said his government accords top priority to rebuild structures damaged and destroyed by the earthquake over three years ago.
He said the government is committed to making the capital Kathmandu beautiful, safe and healthy to attract more tourists to the country.
He called upon all stakeholders and the general public to join hands and cooperate for rebuilding national pride projects such as the Dharahara tower.
The tower being constructed in an area of 21,267 square metres would include a mini theatre hall, a museum, musical fountain, food court, stone water spouts, souvenir shops and parking facilities. Officials said the tower would be completed in two years time. (PTI)