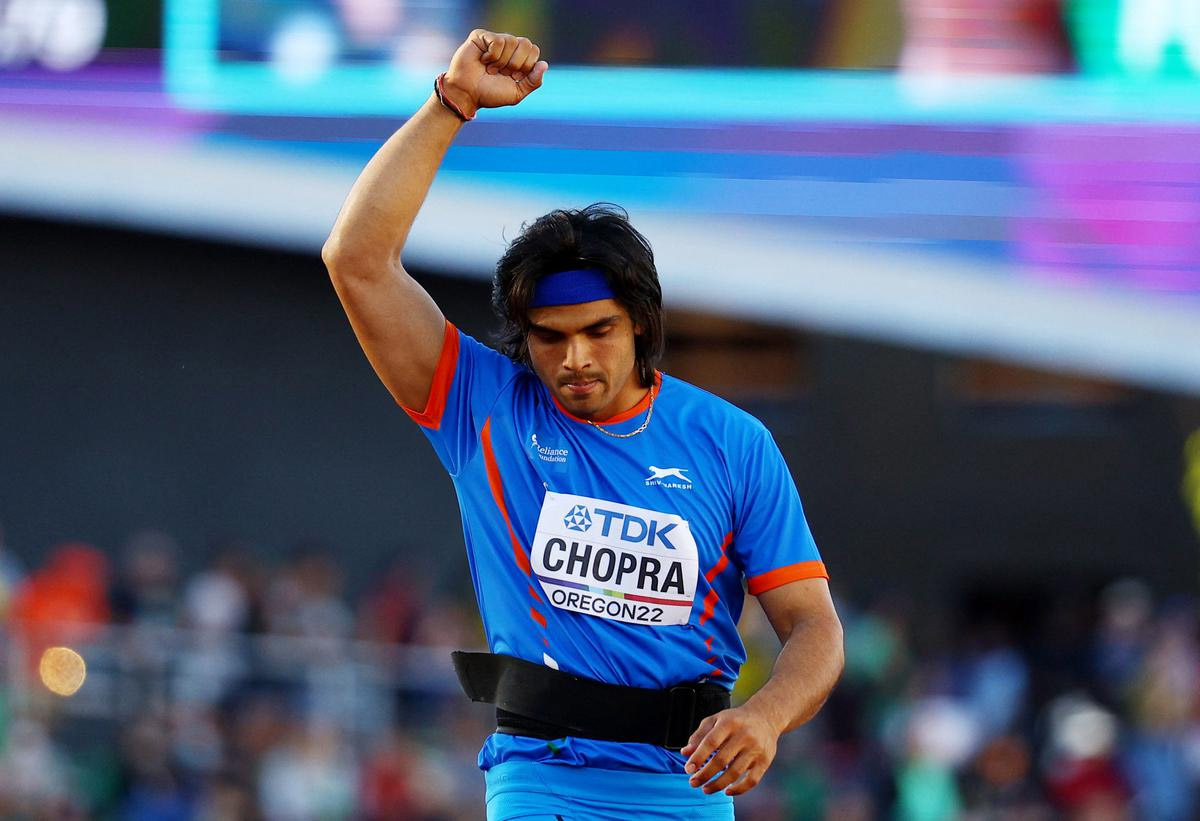 New Delhi, July 26: Star Indian javelin thrower Neeraj Chopra will not be taking part in the Commonwealth Games 2022 in Birmingham due to an injury sustained during the finals of the World Athletics Championships in Oregon.
Rajeev Mehta, the Secretary General of the Indian Olympic Association (IOA) said, “Neeraj Chopra will not take part in Commonwealth Games 2022. He is not fit as he got injured in the finals of the World Athletic Championships. He informed us about this.”
The news of Chopra’s injury comes as a huge blow to India’s medal chances in javelin throw.
Chopra has delivered a lot of outstanding performances since he won Gold in Tokyo Olympics 2020.
Recently, he won a silver medal at World Athletics Championships in Oregon and ended the country’s 19-year-long wait for a medal at the world championships.
Neeraj recorded a distance of 88.13 metres in his fourth attempt in the men’s javelin throw final and secured the second position.
The first position was held by defending champion Anderson Peters of Grenada, who recorded a distance of 90.54m.
Notably, On June 14, Chopra had set a new national record and finished with a silver medal with a throw of 89.30 metres at the Paavo Nurmi Games in Finland, bettering his own previous national record of 88.07 meters which he had set in Patiala in March last year.
This was Chopra’s first outing in an International competition since his historic Gold medal-winning throw of 87.58 meters at the Tokyo Olympics on August 7, 2021.
On June 18, the Tokyo Olympic gold medallist gave another sterling performance as he clinched gold in the 2022 Kuortane Games in Finland.
Neeraj threw 86.69 m to clinch the top prize in tricky and wet conditions.
Later on June 30 in the Diamond League held in Stockholm, Neeraj threw 89.94 meters, while doing so he broke his own national record, which was made on June 14. He clinched a silver medal at the event. (Agencies)