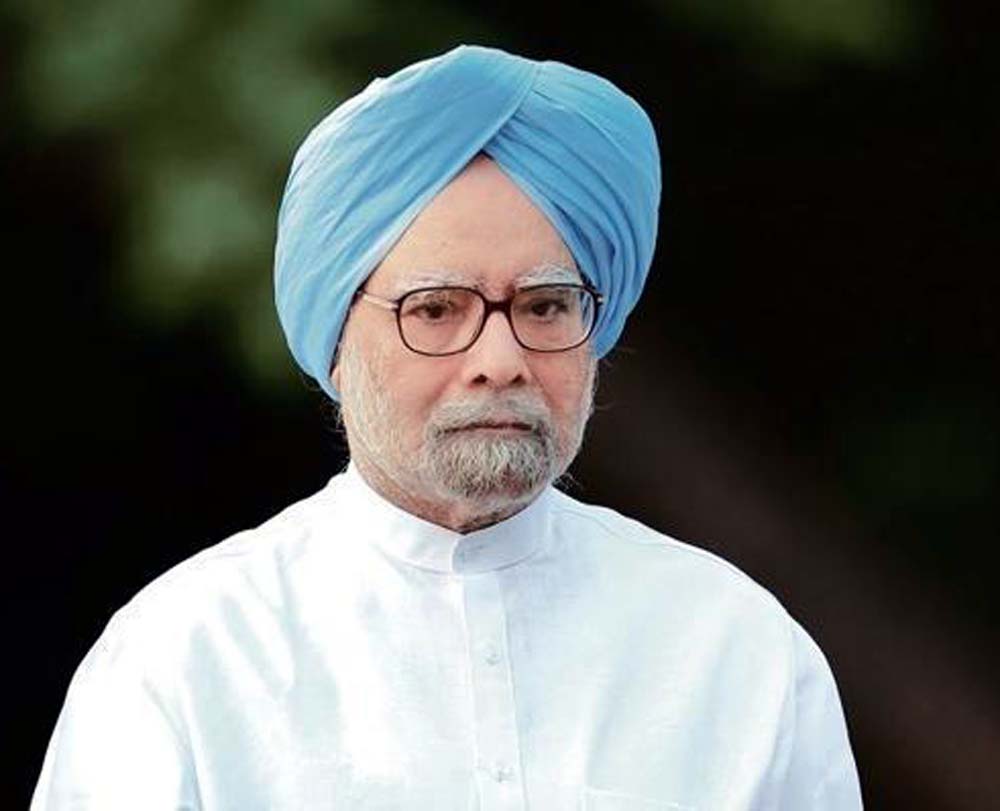 JAIPUR, Sep 7: Former Prime Minister Manmohan Singh on Saturday said that a “well conceived strategy” was needed to make India a five trillion economy.
Singh was speaking at the JK Lakshmipat University, where he was felicitated with the ‘JKLU Laureate Award 2019’ for his contribution in public service, governance, economy and nation building.
“Presently, our economy seems to have slowed down. The rate of growth of GDP is declining, investment rate is stagnant, farmers are in distress, banking system is facing a crisis and unemployment is going up. We need a well conceived strategy to make India a five trillion economy,” he said.
He suggested that the government should forbid tax terrorism, respect independent voices and provide for checks and balances at every level.
“The need of the hour is to continue with economic reforms,” he said.
The Rajya Sabha MP from Rajasthan said that the country needs principled, knowledgeable and visionary leaders in times to come to strengthen democracy.
Singh said political parties must be committed for safeguarding the values enshrined in the country’s Constitution.
“For our continued unity, the government has to deliver justice, liberty, equality and an environment that respects contrary opinions,” he said, adding, that supremacy of parliament and its procedures, the rules of the government and precedents have to be respected.
He also said that institutions like the Supreme Court, Election Commission, Comptroller and Auditor General, Central Bureau of Investigation, Vigilance Commission, Information Commission and other special commissions are expected to function independently within the framework of the Constitution.
“We must always promote the objective to reduce crime and corruption, consolidate the rule of law, enhance credibility, and create an environment conducive for investment as an engine of growth,” he said.
Singh further said that a functional democracy has definite advantages over an authoritarian regime.
Citing the example of China in context of economic development, he said such countries, by persuading citizens to focus primarily on economic growth, created an atmosphere in which sacrificing personal freedom could be justified.
“This allowed these regimes to just impose the politically difficult but critically important policies needed to move the economy forward. However, over time as incomes grow, it changes the aspirations of society, which ultimately strives for a democratic structure,” he said.
“The loss of freedom, in the long term run, is not a small price to pay,” he commented.
Talking about liberal democracy, he said that it is a model of good governance that includes freedom, pursuit of equality, power sharing, deliberation, periodic elections, independent institutions, and the rule of law.
Referring to the economic reforms introduced in 1991 by the then Congress government, Singh said the steps have led to an improvement in the living standards of the people.
“Since then, millions of people have risen above poverty line. There have been several policy measures undertaken by the successive governments that have led to more inclusive growth in India, particularly assured work under Mahatma Gandhi National Rural Employment Guarantee Act (MGNREGA) and well designed programmes of universal healthcare and education,” he said.
With more purchasing power, demand in the economy goes up, encouraging private investment, more government revenues to fund infrastructure needs and a reduction in social conflict, he added.
“Thus, it is clear that through these channels, democracy does increase economic growth,” he said.
He said that population and social inequity, communalism, casteism, religious fundamentalism, corruption are some of the challenges before democracy and literacy and education, rooting out casteism, good governance, women and girl child empowerment, free and independent media and economic growth were needed to counter them.
India has an ancient culture of tolerance and respect for divergent views and a population accustomed to political opposition and peaceful transfer of power for over seven decades, he said.
“Political liberalism is a way of life for us,” he said. (PTI)