K K Khosa
The recent targeted killings of minorities and those majority community members perceived to be agents and representatives of the GOI led by the BJP is an indication of the challenges that the UT Government is facing in Kashmir. Whether it would have been a popular Government led by any political party in power or the present UT Government led by Manoj Sinha Ji the issues being faced would have been the same. The abrogation/ watering down of articles 370 & 35A on 5th of August 2019 by the BJP Government in consonance with the manifesto of the party declared in election after election consistently has added a new dimension to the political narrative of Kashmir. It has to be understood that the BJP Government has been able to fulfill their promise in this respect, only after the 130 crore people of India voted decisively in favour of the party, electing 303 of it’s members to the Lok Sabha to give it a chance to fulfill their oft stated agenda. In a country where democratic polity has bloomed for many decades, based on the tenets of a written constitution adopted by us after gaining independence from the British rulers, it is only prudent and pragmatic to accept all decisions flowing from the well established democratic processes that exist today.
In line with the provisions of the constitution of India, anyone feeling aggrieved by any decision of the Government or any amendment to any laws including any amendments in the constitution of India, for him there is a robust grievance redresal mechanism in place. The highest courts of the land are fully equipped and authorized to nullify any such decisions by way of a well established judicial process. Article 370 a purely temporary provision of the constitution of India was to be removed one day from the constitution. Taking a dispassionate look at the scores of Central laws that have been extended to the erstwhile state of J&K in the past it is clear that there was nothing much left which had not been made applicable to the state of J&K. All this was done in concurrence with the duly elected State Governments over the years. The Union Home Ministry has already issued relevant notifications regarding the two major concerns which the people of J&K have, one about right to purchase of land by non residents of the erstwhile state and the other regarding reservation of Government employment only for the state subjects of the erstwhile state of J&K.
Obviously this has not gone down well with both our sworn enemies Pakistan and the Peoples Republic of China. Both countries have reacted adversely in words and in their actions. All these developments have to be factored in by both the GOI and the UT Government while attempting to provide good governance to the people of J&K. While going all out to eliminate Pakistan sponsored terrorism along with the liquidation of home grown terrorists who are there as a result of years of indoctrination exercise conducted by Wahabi Islamic Jihadists the state has to bear in mind that there has to be no let up in their fight against terror even when situation appears to be under control as in the recent past. Cross border infiltration is a continuous process and the nurseries of radicalization which have mushroomed over the years, many a time with the tacit support of the State Governments in place, due to their acts of omission and commission, as also with direct support from the separatists and their sympathizers continue to exist on the ground with their nefarious agenda of destabilization.
The UT Government must not remain in denial about the undercurrents which continue to exist even after two years of the reorganization of the state. The GOI and the UT Governments must also undertake an exercise to engage with every stakeholder to make the governance practices inclusive for the success of new political and developmental initiatives undertaken by them. This will also help in addressing the dangerous situation resulting from a growing trend of intolerance towards the minorities and also towards those who are supporting a different political ideology. As on date the mainstream regional political leaders also have to shun negative politics but their recent utterances in the aftermath of targeted killings have not been too encouraging with of course a few honourable exceptions.
A new beginning has to be made by creating a congenial environment in case the Kashmiri Pandits have to be resettled in Kashmir for which the GOI stands committed. Confidence building measures are a prerequisite to conduct any such exercise. Of course providing adequate security to the minorities living in the valley at present will be a huge CBM. Another confidence building measure could come from the members of the majority community if they can come out openly to state that the present generation feels sorry for what was done to the minuscule community of Kashmiri Pandits way back in the year 1990 and that they would leave no stone unturned in providing protection to the returnees to the best of their ability.
Yes definitely the Government has an option to back out from their promise in case it feels that the task is too cumbersome and mammoth. A clear declaration by the GOI to that effect would help us in not nurturing any false hope for the present. The beleaguered Kashmiri Pandits will never give up hope and shall be forced to wait for better circumstances to prevail in future.
(The author is President Kashmiri Pandit Sabha Jammu) 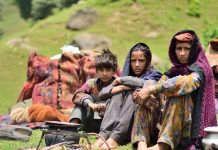 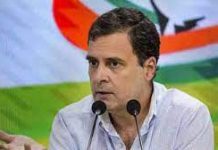 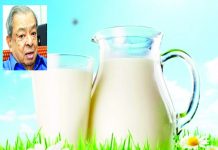 Abrahamia: A new faith on the horizon?

Statehood for Ladakh : Is it justified with changed security paradigms? 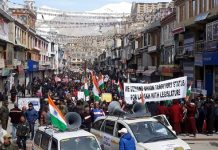 Shifting of goal posts in Ladakh