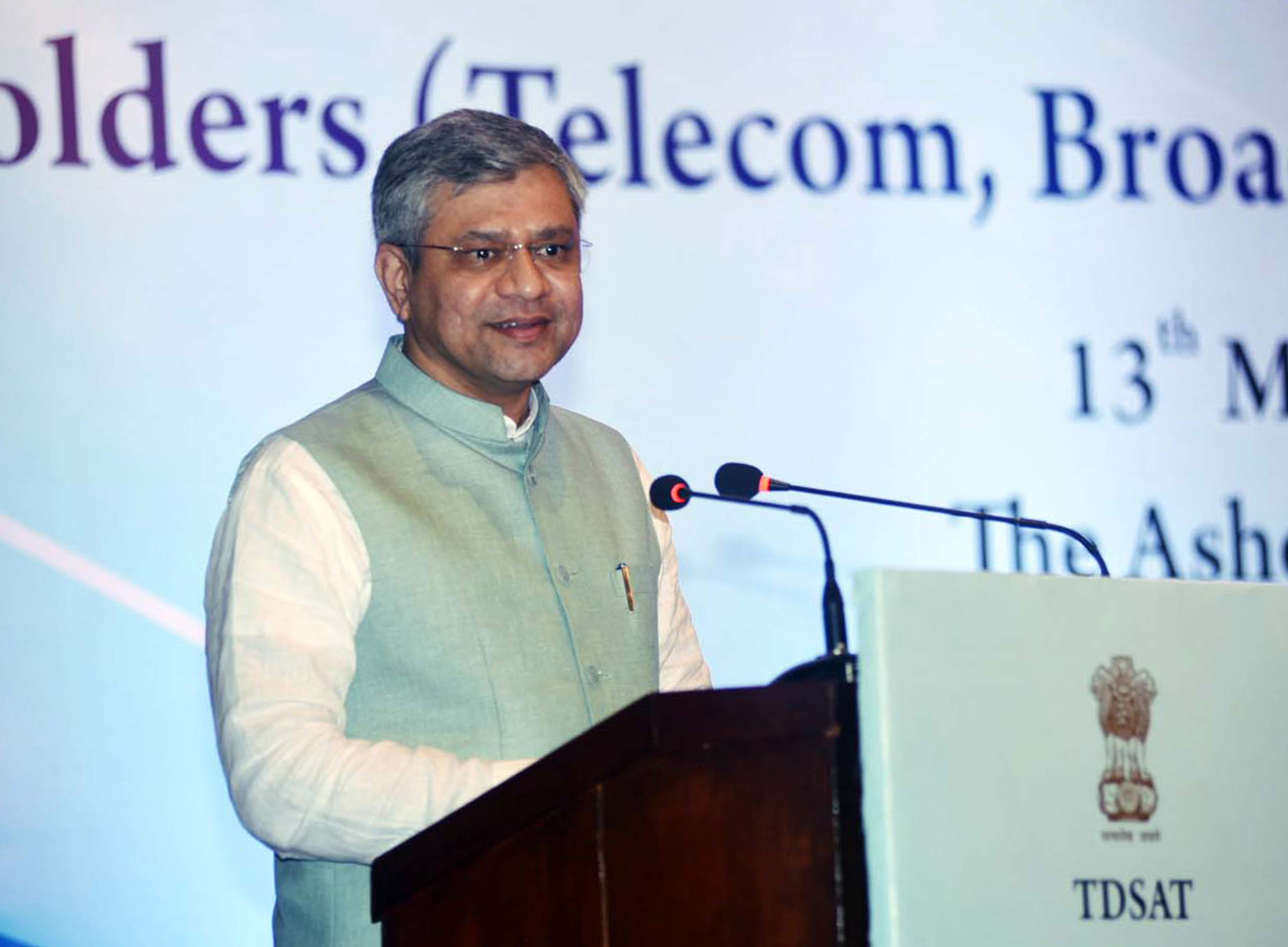 NEW DELHI, Mar 13:
The Government is looking to overhaul the regulatory structure to facilitate development of technology and interaction with industry as a partner and not as adversaries, telecom minister Ashwini Vaishnaw said on Sunday.
Addressing the inaugural session of a TDSAT seminar, Vaihsnaw said that the system entangled everybody and some people who did not have sufficiently strong values created a mess which defamed the telecom market in the past.
“Can we have one regulator for the entire digital world? Those kinds of things are happening. We need to really overhaul our entire regulatory set-up in terms of the legal structure, regulatory execution structure, the way our government bodies think, people are trained, the way we interact with the industry– not as adversaries but as partners. That’s the next big thing that we have to do,” Vaishnaw said.
He said that not much has been done as of now but need to work in a direction to continue the development of the technology stack and adding more and more start-ups to it because this is a market which can create future generations of entrepreneurs. “We were lagging when it was 2G and 3G. We are trying to catch up with 4G. We should at least run together in 5G but in 6G we should take the lead. Otherwise what’s the point of being a nation which is today called a talent nation.
“A talented nation should be thinking in that way where it takes the lead, sets the goal and sets the direction for the whole world,” Vaishnaw said.
He said that a consortium of 11 institutions including IIT Chennai, IIT Kanpur, IIT Bombay, IISc Bangalore has created 4G technology in 14 months with expenditure of about USD 30 million which is a very small fraction of the cost at which dominant players in the telecom sector have created the technology.
The minister said that 35 Indian telecom companies are now looking to export their products overseas. He mentioned that most important study groups for future development of 5G and 6G under the International Telecommunications Union are now being chaired by Indian delegates.
“It’s very important for all of us to know because when litigate a case, when we sit on the bench, sit on the judgement that is the time we should think that are we doing this purely by case which is in front of me or am I going to see the future being seen for the country. If we see that and maybe make some adjustments in our legal thinking, I think that will probably be a better service to the nation,” Vaishnaw said. (PTI)