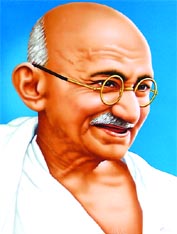 Brigadier P K Langar
An exalted soul, the like of  Mahatama Gandhi, dons a human body once in a century. India has been fortunate and honoured to have him as one of its citizens. At a very early age Mahatama Gandhi had exhibited his spiritual  and intellectual greatness initially in South Africa and later when he came back to India. A born renunciate, he was an embodiment of simplicity and humility. He was a True Karma Yogi, who was uncomfortable with power and fanfare which normally goes when being an important personality. Mahatama Gandhi was an ascetic and a moral reformer and his persona remains a mystery to those who have not known or read about him in detail.
Though never in power (he avoided it) in public and political life, he was the soul of Indian National Congress. He was instrumental in shaping and leading the party and influencing it to attain a poor-centric and secular image.   Being a spiritually oriented politician to who even the ruthless British Empire would look up to and bank on his non-parochial and objective advice. Mahatama Gandhi was a saintly leader with an un-imaginable following, and it was his constant effort that got a scattered India together by a collective leadership based on the ethos of unity, tolerance and non-violence. Mahatama Gandhi’s greatness as a leader was built on a very personal level, emphasizing and setting personal example of self-reliance, self-sufficiency and self control among others.   He believed in change of heart even for his adversaries. He worried about the moral reforms of his countrymen first, instead of States and the Nation. He was also concerned about individual Indians rather than a Nation for he believed in lifting his followers to a higher state of nature. A vivid example of this was when he called off his non-cooperation movement in 1922 when his followers misbehaved and resorted to violence. ‘Swaraj’ for him was self-rule but underlying fact was that he believed in personal self-control, meaning not to get carried away by personal desires. Unfortunately, most of us have failed to achieve such self-control even today.
Mahatama Gandhi believed in spiritual liberation and selfless service to the humanity wherein the countrymen were not trained to manage better of their compatriot but to look after one another in the spirit of bonhomie. Mahatama Gandhi had in-depth knowledge of all religions of India and was a shining example of rending help to God’s creations notwithstanding the influence of religion, cast, creed and ethnicity. Throughout his life he practiced austerity of body, mind and speech believing in achieving good through good means. Non-violent to the core, the whole world has been adopting his non-violent protest (Satyagrah) started by Mahatama Gandhi to settle National issues amicable. He was fearless and displayed tremendous amount of moral courage against all odds. However, at international level he believed in righteous action to destroy the evil even if it required use of force in line with teaching of our scriptures, especially the Holy Bhagwat Gita. A fine example of this was when he made efforts to recruit able bodied Indians to join British Indian Army for the righteous cause of defeating fascist Germany.
A grateful Nation should never forget his belief in ‘Cleanliness is next to Godliness’. The simple meaning being keeping our dwelling and surrounding clean by self-help and conveying a much deeper meaning to clean all impurities like desire, envy and anger from our hearts. It was the core issue for him and he practiced it till the last. The Swach Bharat Abhiyan started by the present government on 02nd October 2014 is a noble idea but needs impetus by all and sundry, if we have to achieve what Mahatama Gandhi wanted us to.
On this 02nd October besides the symbolic inter faith prayers performed at Rajghat, let us re-dedicate ourselves to the principles and emulate the character of this great soul (Mahatama) to eradicate poverty, suffering, dirt and violence from our lives. Along with smart cities we should also develop smart citizens in all respect. A value based education is a must for our youth to mould them into good selfless and nationalist human beings. We should also pledge to take our country to a state where the weakest and poor amongst us is happy and contented. Our great Nation will further thrive if every one of us believe in and nurture “Unity in Diversity”, a reality, which was so close to the heart of the “Father of our Nation’, for he lived and died to achieve this.
(The author is a retired Army Officer)

Realignment of politics in J&K

Unjustified Hue and Cry over CAA 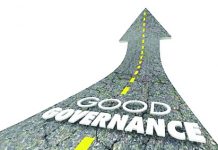 Invoking Faiz’s lines against whom? 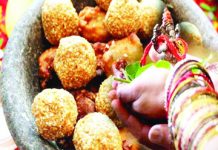 Fast for the Child- Bhugga Vrat 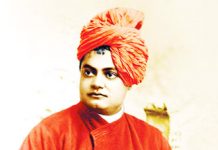 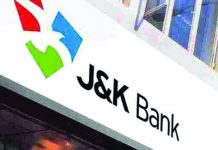