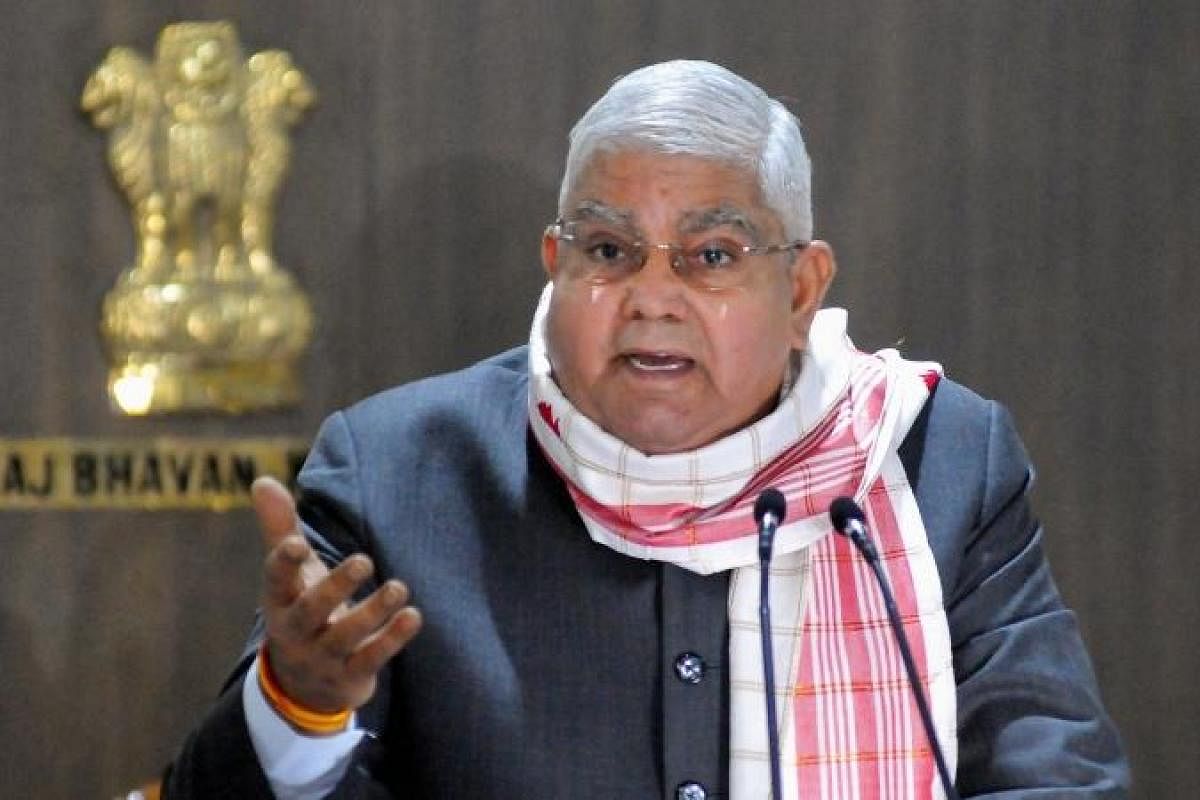 Describing his maiden visit to Tripura after assuming the office of the Vice President as “memorable”, Dhankhar said he was touched by the warmth and affection of the people shown by the people.

“Tripura and other northeastern states are the pillars of India’s Act East Policy,” the Vice President said.

The policy aims to strengthen the economic development of the northeastern region in order to promote economic cooperation, cultural ties, and developing a strategic relationship with countries in the Indo-pacific region.

During his daylong visit to Tripura, the Vice President inaugurated an exhibition on the ‘Historical and Cultural Heritage of Tripura’ and presided over a seminar on ‘New Horizon of Educational Development in Tripura’ at Maharaja Bir Bikram College here.

Speaking on the occasion, Dhankhar complimented the state on its numerous achievements in the field of education, including the steps taken towards implementation of New Education Policy -2020.

“It is a well thought out policy aimed at transformation of our education sector and to make India a Vishwa Guru again,” he said.

After completing his Tripura visit, the Vice President proceeded on his onward journey to Kolkata from Agartala Airport, where he was seen off by the Governor, Chief Minister Manik Saha and other dignitaries.

Upon reaching the capital of West Bengal, he straightaway went to Kalighat temple, where he offered puja along with his wife and left the premises.

Tight security arrangements were in place around Kalighat temple and the area was made off-bounds for devotees during the Vice President’s visit.

Dhankhar avoided journalists’ questions about how he was feeling about visiting the state, of which he was the governor for three years, for the first time after becoming the Vice President and merely folded his hands.

He is scheduled to have a stopover at Raj Bhavan before leaving for a private function in New Town area.

During his three-year tenure at the Raj Bhavan in Kolkata, he had frequent run-ins with the Mamata Banerjee Government on issues such as law and order, post-poll violence, appointment of vice-chancellors of state universities, signing of bills passed by the assembly and his tweets criticising the West Bengal administration.

Earlier in the day, the Vice President also offered puja at the 700-year-old Tripureswari temple, one of the 51 Shakti Peethas, at Udaipur in Gomati district.

Accompanied by his wife Sudesh Dhankhar, the Vice President went to Udaipur from the state capital Agartala in an IAF chopper and paid obeisance to Goddess Tripureswari at the temple founded by Maharaja Dhanya Manikya in 1501.

“It is gratifying to know that all over the country, wherever religious places are there, a new well deserved, well thought out look is being imparted,” the Vice President told reporters.

Dhankhar said that the “unique” Tripureswari temple is also getting developed and he looked forward to coming back to it again.

They spent over 30 minutes at the temple of Goddess Tripurasweri, also known as Tripura Sundari, where people of any religion can offer Puja.

During the middle of the 18th century, Samser Gazi attacked and captured Udaipur. It was mentioned in Gazi’s biography that the Muslim ruler himself had offered puja to Devi Tripura Sundari, according to the website of the temple run by the State Government. (PTI)