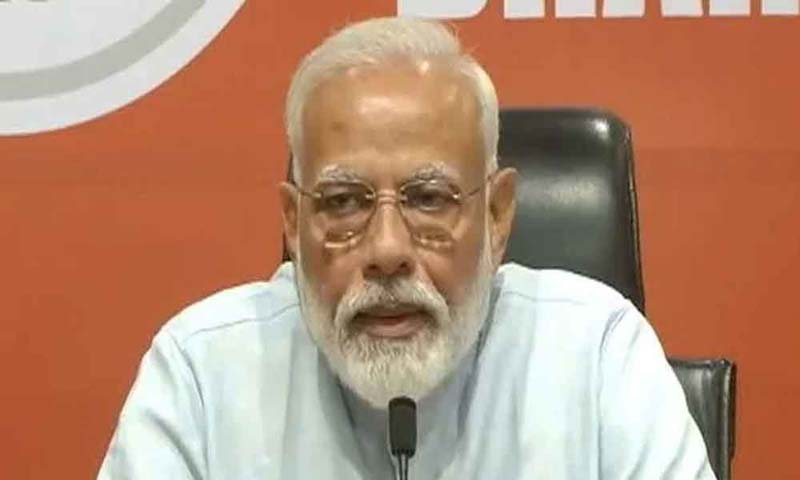 NEW DELHI, May 24:  Newly elected MPs of the BJP-led NDA will meet tomorrow to formally elect Prime Minister Narendra Modi as their leader, setting in motion the process of Government formation.
The BJP said the meeting will take place in Parliament’s Central Hall at 5 pm. Prior to this, BJP MPs will meet separately at Parliament House.
Modi is expected to address the MPs following his election as their leader.
With Modi already being announced as the Prime Ministerial candidate of the alliance, the meeting is being considered a mere formality.
The National Democratic Alliance (NDA) has got more than 350 members in Lok Sabha, including 303 of the BJP.
According to sources, Modi is likely to visit his Parliamentary constituency Varanasi on May 28, before oath-taking by new members on May 30. (PTI)