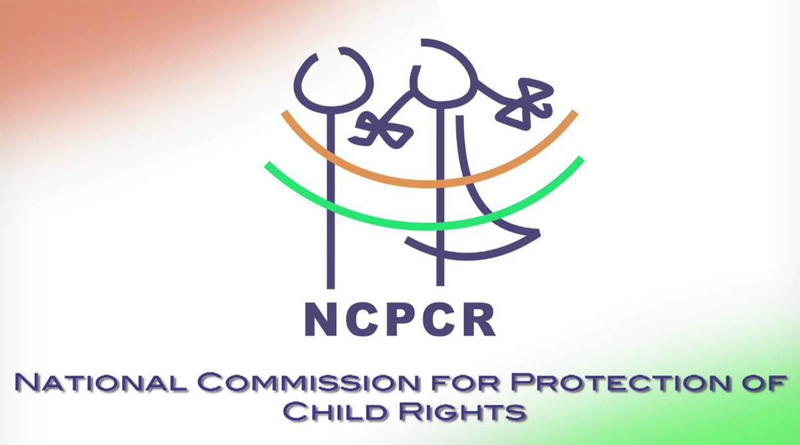 NEW DELHI, June 25: To protect child artistes in the entertainment industry, the NCPCR has come up with draft guidelines stating that no minor should work for more than 27 consecutive days and 20 per cent of the child’s income has to be deposited in a fixed deposit account.
The draft ‘Regulatory Guidelines for Child Participation in the Entertainment Industry’ covers television programmes, including reality shows, TV serials, news and informative media, movies, content on OTT platforms and social media, performing arts, advertising or any other kind of involvement of children in commercial entertainment activities.
The draft guidelines by the National Commission for the Protection of Child Rights (NCPCR) aims to protect child artistes from physical and psychological stress while ensuring a healthy work environment for them.
It requires the producers to obtain permission to involve a child in a shooting from a district magistrate where it is to be held and put a disclaimer of the steps taken to ensure the child has not been subjected to abuse or exploitation.
The draft specifies that no child should be allowed to work for more than 27 consecutive days. The child shall participate in one shift each day with a break after every three hours and not be made to enter into an agreement for rendering any service as a bonded labourer under the Bonded Labour System (Abolition) Act, 1976.
The producer has to ensure that the school education of children engaged in the shooting will not get affected. A child excused from school attendance because of engagement in the entertainment industry shall be taught by a private tutor appointed by the producer, the draft guideline states.
At least 20 per cent of the child’s income from the production or event has to be directly deposited in a fixed deposit account in a nationalised bank in the name of the child to be credited on becoming an adult.
The guidelines also bar a child from being cast in a role or situation that is inappropriate or causes distress while stating that age, maturity, emotional or psychological development and sensitivity have to be kept into consideration.
Production units have to ensure that the work environment is safe and the children are not exposed to harmful lighting, irritating or contaminated cosmetics.
It has to be ensured that facilities are appropriate to the age and needs of each child and they should not be made to share dressing spaces or rooms with adults, especially of the opposite sex.
The children should not be exposed to ridicule or behaviour that could affect their emotional health. Children should not be shown imbibing alcohol, smoking or indulging in any anti-social activity and delinquent behaviour, the draft guidelines stated.
According to it, no child should be engaged in any situation involving nudity and programmes based on victims of child abuse should be sensitively handled.
“Media and production houses shall ensure that child victims of rape, other sexual offences, trafficking, drug abuse, elopement, organized crimes, and children used in armed conflicts… Are guaranteed anonymity for life.”
The draft mentions strict penal provisions, including fines and imprisonments in case of violation of the guidelines. “In the absence of any monitoring mechanism, the children in the industry are at grave risk of exploitation because they lack the legal right to the earnings they generate, or safe working conditions and adequate protection via labour laws.
“Participating in an adult-oriented industry, children are often exposed to unsuitable, anxiety-inducing, and at times, dangerous operational hazards and situations,” the draft said.
Although several laws are in place, there are no specific regulations or rules for the protection of child artists in the adult-dominated industry. (PTI)
“Hence, the NCPCR has observed the need to frame guidelines, especially for children involved in films, TV, reality shows, OTT platforms, news and content creation for social media websites so that there may be some sort of easily comprehensible procedure for all stakeholders involved to make them aware of the repercussions of violating any right of the child,” the document said.
Since the last guidelines issued by the panel in 2011, there have been many amendments to related laws. Also, some new laws have been enacted protecting children from crimes under the Juvenile Justice Act, 2015, Child Labour Amendment Act, 2016, Protection of Children from Sexual Offences Act, 2012, and Information Technology (Intermediary Guidelines and Digital Media Ethics Code) Rules, 2021.
“Therefore, the need to bring other platforms under the ambit of these guidelines has been realised,” the draft stated. (PTI)