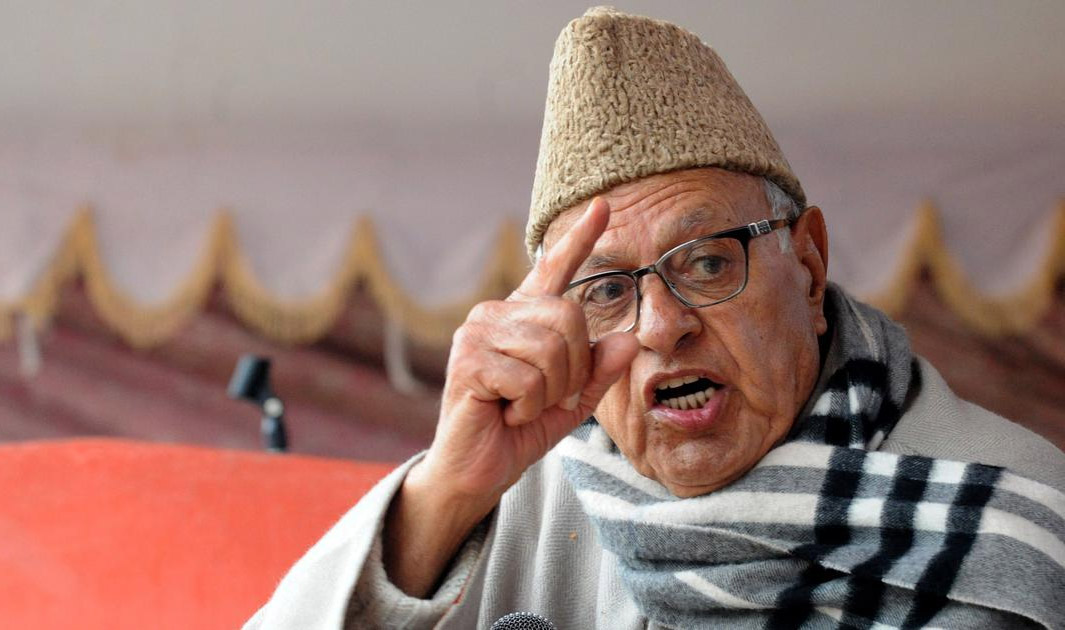 SRINAGAR, August 5: National Conference (NC) president and Member of Parliament Farooq Abdullah Thursday said the party will continue its struggle for the restoration of the “abridged” constitutional and democratic rights of the people of Jammu and Kashmir.
The NC president”s remarks came as Jammu and Kashmir Thursday marked the second anniversary of the revocation of its special status.
“The party”s position on the unilateral, unconstitutional and undemocratic decisions taken on August 5, 2019 will never change and the party will keep up with its struggle for the restoration of J-K people”s abridged constitutional and democratic rights,” Abdullah told a meeting of party functionaries at NC”s headquarters here.
The NC president termed the decisions taken on August 5, 2019 — when the Centre revoked J-K”s special status — as a lethal assault on the country”s secular visage, its pluralistic and asymmetrical federalism and violation of sovereign promises made by the country to the people of Jammu, Kashmir and Ladakh.
“The abrogation of articles 370, 35-A, downgrading of J-K into two UTs are few milestones for which the people of J-K would never forgive the present government,” he said.
Other party leaders also spokes on the occasion and termed the Centre”s decisions “a catastrophic event” in the recent history of Jammu and Kashmir that gave a “death knell” to the vital democratic, political, constitutional, cultural and economic interests of the people of Jammu, Kashmir and Ladakh.
On this day in 2019, the Centre announced the decision to revoke articles 370 and 35-A that gave J&K special status. The government also announced to divide the erstwhile state into two union territories. (Agencies)