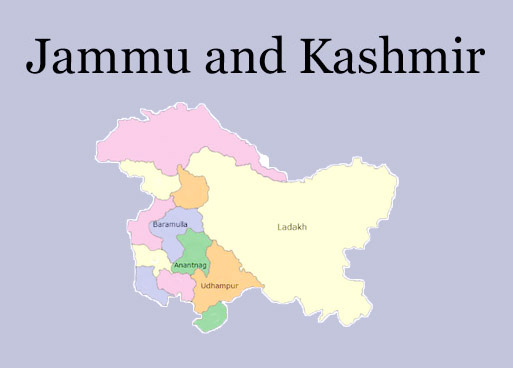 Sanjeev Pargal
JAMMU, Mar 14: Ongoing talks between National Conference and Congress on seat sharing notwithstanding, the National Conference has called its Parliamentary Board meeting in Srinagar on March 18 to finalize candidates for Lok Sabha elections as the party has made it clear to the Congress that it can offer only two out of four seats in the State and that it can’t enter into alliance with party during upcoming Assembly polls.
Meanwhile, in a significant political development, PDP president and former Chief Minister, Mehbooba Mufti’s name has been shortlisted by the party in a panel of four candidates for Anantnag Lok Sabha seat, according to top PDP leaders. Two other candidates in the Panel with Mehbooba Mufti are Abdul Rehman Veeri, Dr Mehboob Beg and Sajjad Mufti. However, insiders said, the PDP top brass was insisting on Mehbooba to join the electoral fray to boost morale of the party leaders and cadre, which was hit following spate of resignations.
The PDP has cleared the names of Qayoom Wani from Baramulla Lok Sabha seat and framed panel of three candidates for Jammu-Poonch seat including Zulfkar Choudhary, former Minister and ex-MLA from Darhal, Choudhary Hameed, Qayoom Dar and Surinder Choudhary. Name of Firdous Tak, former MLC, is under consideration for Udhampur-Doda segment. The PDP Parliamentary Board will meet on Monday to finalize candidates for all six Parliamentary seats of the State
On the other, the BJP Parliamentary Board, whose meeting will be jointly chaired by Prime Minister Narendra Modi and party chief Amit Shah is meeting in New Delhi on March 16 and could clear four to five names out of six for Jammu and Kashmir Lok Sabha seats including prestigious Jammu-Poonch and Udhampur-Doda. The State BJP leadership is meeting here tomorrow to give final touch to the panels for all six Parliamentary constituencies to put them before the Board.
Sources in the National Conference and Congress told the Excelsior that during yesterday’s high-level meeting, National Conference leadership offered two Lok Sabha seats of Udhampur-Doda and Ladakh to the Congress while keeping four for itself including Srinagar-Budgam, Baramulla-Kupwara and Anantnag-Pulwama, all three in the Kashmir valley and Jammu-Poonch.
National Conference was represented by party president, Dr Farooq Abdullah, Omar Abdullah, vice president, both former Chief Ministers and Devender Singh Rana, provincial president Jammu while the Congress team comprised Leader of Opposition in Rajya Sabha and former J&K Chief Minister, Ghulam Nabi Azad, AICC (I) general secretary, Ambika Soni and Sonia Gandhi’s trusted lieutenant, Ahmed Patel.
The Congress, according to sources, wanted to discuss alliance for both Lok Sabha and Assembly elections in Jammu and Kashmir but the National Conference made it clear that it can only have an alliance for Parliamentary elections as it would go it alone in Assembly polls as and when they are held keeping in view sentiments of the local party leaders. NC leaders from Jammu province for the past one year have been opposing any kind of alliance with the Congress in Assembly polls.
The Congress, sources said, insisted on 2014 Parliamentary polls formula for sharing three seats each of Lok Sabha but the NC leaders told them that they wanted to contest four and can offer only two seats to the Congress.
“The Congress response was awaited,” they said, adding if the Congress didn’t communicate its decision in next three days, the National Conference might announce candidates for all six Lok Sabha seats in its Parliamentary Board meeting, scheduled to be held in Srinagar on Monday.
Sources said the National Conference told the Congress leadership that even if there was no alliance between National Conference and Congress for Parliamentary polls, the NC will leave Udhampur-Doda seat for the Congress if the party fields Ghulam Nabi Azad from there. However, they added, the Congress leadership told the NC leaders that they wanted to utilize services of Azad at national level and can’t spare him for one Lok Sabha seat.
In 2014 Lok Sabha elections, NC had contested all three Lok Sabha seats of Kashmir, leaving remaining three including Jammu-Poonch, Udhampur-Doda and Ladakh for Congress. However, both NC and Congress had drawn blank despite the alliance with BJP and PDP winning three seats each.
NC has already cleared the names of Dr Farooq Abdullah for Srinagar-Budgam, Mohammad Akbar Lone, former Assembly Speaker, for Baramulla-Kupwara and BR Kundal, former Chief Secretary, for Jammu-Poonch seat. The party has shortlisted names of Peer Hussain and Justice (Retired) Hasnain Masoodi for Anantnag seat.
Meanwhile, the BJP Parliamentary Board headed jointly by Prime Minister Narendra Modi and party president Amit Shah is meeting in New Delhi on Saturday to finalize names of candidates for first three or four phases including Jammu-Poonch and Udhampur-Doda Lok Sabha seats, which will go to polls in first two phases on April 11 and 18.
The State BJP leadership will give final touch to the names of candidates for all six Lok Sabha seats tomorrow and send them to the Parliamentary Board for approval.