Col Harjinder Singh, (Retd)
Naxalism thrives in areas covered with forests. If that be so, then let’s assume the problem and solution lies right there. The problem is not prevalent in one state but amongst 10 states. Majority of Naxals are poor and have never shown urge to break away from the country. Most of them are tribals who on paper receive special rights and privileges but are actually subject to discrimination in our caste conscious society. So what’s their problem and what are they fighting for.
PROBLEMS.
The are many, but important ones are :-
(a). The Forest Conservation Act of 1980. It deprives tribals of any right over their land. Majority of them live and sustain on forest produce but are deprived ownership of land .
(b) Due to development projects and mining operations in Naxal affected areas, tribals became more poorer and alienation kept growing. Successive Govt’s kept looking other way since empty coffers of States started building.
(c). With mining projects commissioned in 90s, massive displacement of tribal population took place. Mining business in the naxal affected states brought abundant fortunes for business class including State Govt’s, but no rehabilitation programs were envisaged for displaced. Some Govt’s tried but programs were mere a lip service as the forest act denied any right to displaced to till their land in forest belt.
(d). Local mining lords in connivance with political power brought more money and corruption thereby exploits of innocent became a routine and alienation grew stronger with each passing day.
(e). Tribals felt they were robbed of their land and resources by the people whom they voted to power. A feeling which was exploited by their leadership.
(f). Local mining overlords made it easy for them to muscle into tribal land, fell forests and sell their timber. Locals felt not only were they being denied their legitimate rights but their under the earth resources were too being drained. Moreover, State treated Naxalism as law & order problem.
(g). State Government consider Naxals as the problem of Center. Shyness of fighting jointly under Central directions, especially by opposition held States, stops them from deploying State resources jointly thereby denying an effective intelligence sharing amongst various Intelligence agencies.
(h). Jungle warfare is a complex warfare. It needs a well trained, highly motivated force to fight the opponent. Naxals know their terrain like back side of their hand. This is one single reason for successful ambushes launched by Maoist on security forces and high casualty rate amongst SF.
Solutions.
So where do we go as a Nation and what do we do. Solution is complex. It requires strategic planning rather than tactical, a strategy with mission and vision with a defined timeframe. I will attempt on few aspects, which are listed below:-
(a). Violence on part of Naxals is no solution as more than a million(s) of them are affected. So Intelligence community under the directions of political class needs to get in touch with Naxal’s leadership to crack the ice for broad frame work of talks.
(b). Most members of Central Committee Politburo have either been killed or arrested, still the violence continues. Therefore we as Nation need to support Central Govt to take bold initiatives, sit across table with stake holders including leadership which is behind the bars. Announcing some concessions to give basic rights to affected population can get the ball rolling. Politics on Naxalism can wait, cultivating tribals as vote bank too can wait. Nation comes first always and everytime.
(c). Forest Act of 1980 requires ammendments in the interest of it’s citizens or may I say in the interest of Tribals/Naxals.
(d). Political mainstream especially the Prime Minister has to make the first move. Move which is bold and political.
(e). Govt has to take first step for reconciliation as the problem is of it’s own citizens. For this Center and Opposition needs to sit together in the same boat. Difficult but in the interest of Nation achievable. History has many examples.
(f). Greviences of displaced population needs to be heard by political class for reconciliation and rehabilitation. Nations can only progress if its citizens are happy and see a better future for them within its boundaries.
(g). Building roads, bridges, schools such as Navodaya Vidyalaya for tribal children can bring many tribals back to the mainstream. Education is the most potent tool of future generations and equally important to eradicate poverty. Freebies are good for short-term but to eradicate a decade(s) old problem, it needs a solution which is just and fair for it’s subjects.
(h). Procurement of forest products by the government agencies needs a rethought and comprehensive plan.
(j). Some kind of MSP for forest produce to stop exploitation may have to be envisaged for displaced tribals.
(k). Revamping of Central Reserve Forces to be led by efficient IPS class on ground may boost the morale of boots on ground. Officers led operations may be the call of day and give it required impetus for efficient and effective operations based on real time intelligence.
(l). Never , repeat never ever think of deploying Army as a solution to end Naxalism. The problem is of citizens and would remain so for years to come. Naxal affected areas are in many ways less crime prone than other parts. What we must guard enemy within and outside, never let it exploit situation, a situation which has a solution. While Naxals would be celebrating their recent success, they need to understand the gun powder of any nationalist Nation never dries up. What needs to be stopped is cycle of violence, which is in the interest of Tribals, Naxals, and above all in the interest of this great Nation.
(The author is a Veteran of Indian Army who has dealt with subject as Joint Director Counter Terrorism in Defense Intelligence Agency.)
feedbackexcelsior@gmail.com 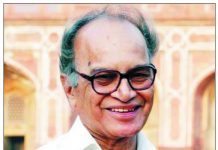 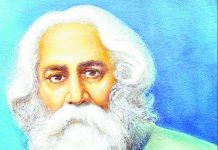 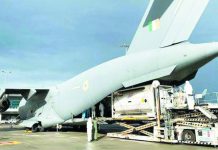 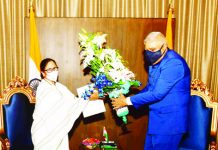