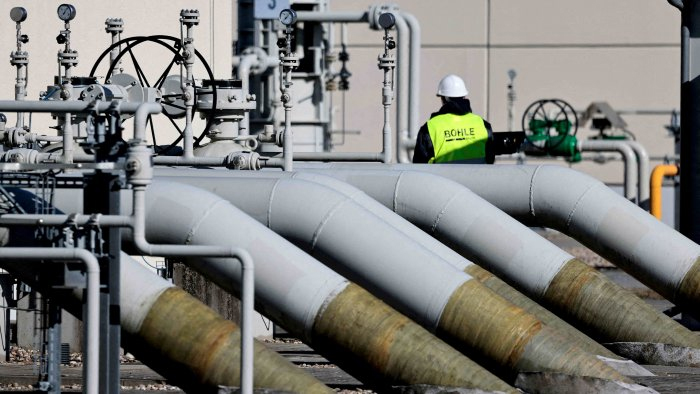 NEW DELHI, Sept 30: Prices of natural gas, which is used to generate electricity, make fertiliser and is converted into CNG to run automobiles, were on Friday hiked by a steep 40% to record levels, in step with global firming up of energy rates.
The rate paid for gas produced from old fields, which make up for about two-thirds of all gas produced in the country, was hiked to $8.57 per million British thermal units from the current $6.1, according to an order from the Oil Ministry’s Petroleum Planning and Analysis Cell (PPAC).
Simultaneously, the price of gas from difficult and newer fields like the ones in Reliance Industries Ltd and its partner bp plc operated deepsea D6 block in KG basin, was hiked to $12.6 per mmBtu from $9.92, the order said.
These are the highest rates for administered/regulated fields (like ONGC’s Bassein field off the Mumbai coast) and free-market areas (such as the KG basin).
Also, this will be the third increase in rates since April 2019 and comes on the back of firming benchmark international prices.
Gas is an input for making fertiliser as well as generating electricity. It is also converted into CNG and piped to household kitchens for cooking purposes. A steep increase in prices is likely to reflect in higher rates for CNG and piped natural gas (PNG), which has in the last one year risen by over 70%.
The government sets the price of gas every six months — on April 1 and October 1 — each year based on rates prevalent in gas surplus nations such as the U.S., Canada and Russia in one year with a lag of one quarter.
So, the price for October 1 to March 31 is based on the average price from July 2021 to June 2022. This is the period when global rates shot through the roof.
As higher gas prices can potentially further fuel inflation, which has been stubbornly above the RBI’s comfort zone for the past eight months, the government has set up a committee to review the pricing formula.
The committee, under former planning commission member Kirit S. Parikh, has been asked to suggest a “fair price to the end-consumer” by September-end but the report is delayed.
The government had in 2014 used prices in gas surplus countries to arrive at a formula for locally produced gas.
The rates according to this formula were subdued and at times lower than the cost of production till March 2022 but rose sharply thereafter, reflecting the surge in global rates in the aftermath of Russia’s invasion of Ukraine.
The price of gas from old fields, which are predominantly of state-owned producers like ONGC and Oil India Ltd, was more than doubled to $6.1 per mmBtu from April 1.
Similarly, the rates paid for gas from difficult fields such as deepsea KG-D6 of Reliance went up to $9.92 per mmBtu from April 1 against $6.13 per mmBtu.
The panel has been asked to recommend a fair price to end-consumers and also suggest a “market-oriented, transparent and reliable pricing regime for India’s long-term vision for ensuring a gas-based economy,” according to an Oil Ministry order.
The government wants to more than double the share of natural gas in the primary energy basket to 15% by 2030 from the current 6.7%.
The volume-weighted average of the price prevalent in a 12-month period in U.S.-based Henry Hub, Canada-based Alberta gas, U.K.-based NBP and Russia gas are used to fix prices for administered fields of ONGC and Oil India Ltd.
For difficult fields like discoveries in deepwater, ultra-deepwater and high pressure-high temperature areas, a slightly modified formula is used by incorporating the price of LNG, which too had shot through the roof in 2021.
Reliance-bp operated KG fields are classified as difficult fields.
Sources said the increase in gas price is likely to result in a rise in CNG and piped cooking gas rates in cities such as Delhi and Mumbai.
It will also lead to a rise in the cost of generating electricity but consumers may not feel any major pinch as the share of power produced from gas is very low.
Similarly, the cost of producing fertiliser will also go up but as the government subsidises the crop nutrient, an increase in rates is unlikely.
For producers, it will bring in higher revenues. (Agencies)