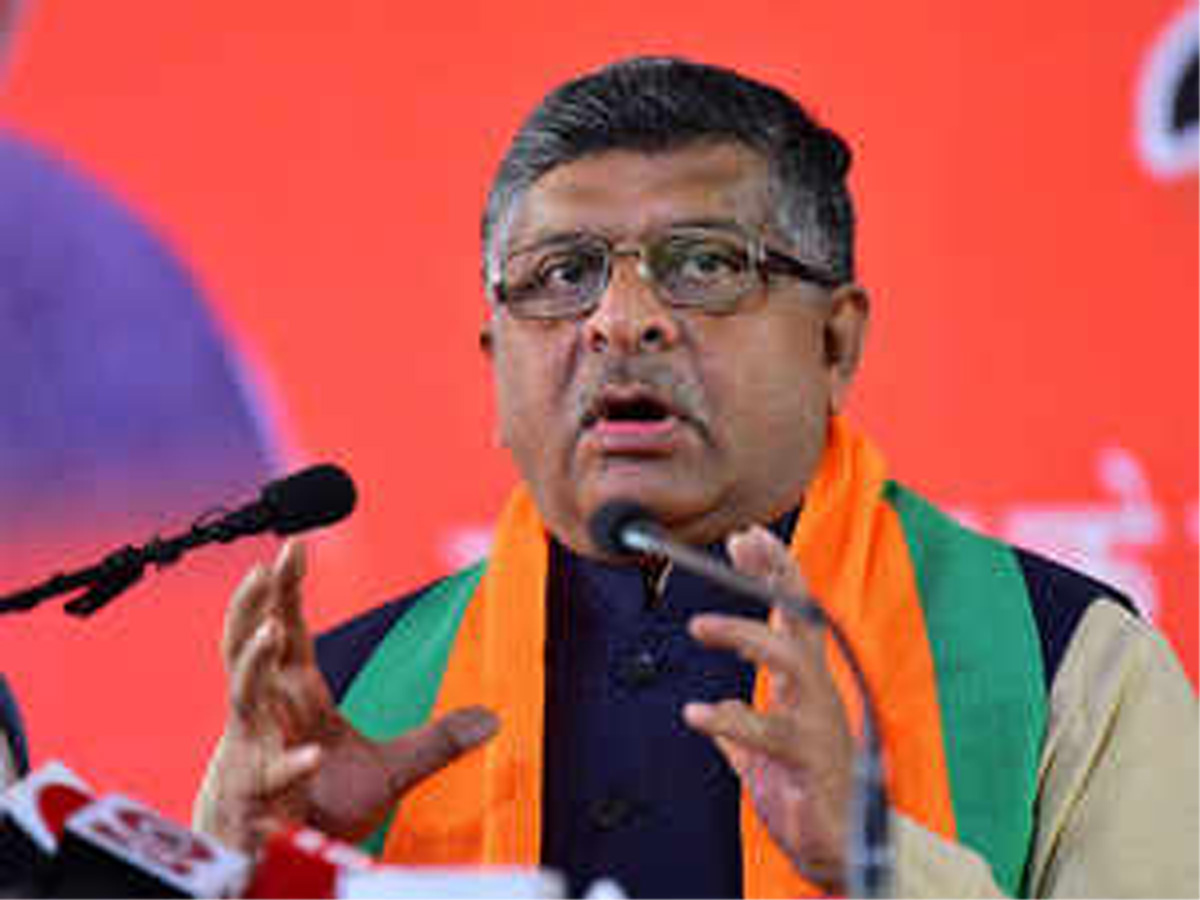 NEW DELHI, Dec 14: The Government has almost finalised the National Policy on Electronics to boost electronics manufacturing in India on a big scale, Electronics and IT Minister Ravi Shankar Prasad said Friday.
Prasad further said that the Modi government is pushing India’s case for USD 1 trillion digital economy.
“We are working on electronics policy, we have almost finalised that. We had widest consultation possible,” he said at an event organised by industry body CII.
The minister also asked the electronics industry to focus on producing medical devices, defence and automobile items.
“We are pushing India’s case for USD 1 trillion digital economy and that report is almost finalised and the prime minister soon going to launch it,” Prasad announced.
He pointed out that today 240 companies in India are making mobile phones and its components.
Noida and Greater Noida are emerging as mobile phone manufacturing hub, Prasad said, adding that this will employ 5 lakhs people.
Speaking at the same event, Niti Aayog Vice Chairman Rajiv Kumar said that he sees electronics industry as sunrise industry.
Kumar also said India’s electronics industry should scale up and aspire to become USD 150 billion industry in the next five years.
The first National Policy on Electronics was rolled out in 2012, which offered incentives to companies setting up manufacturing units in the country. (PTI)