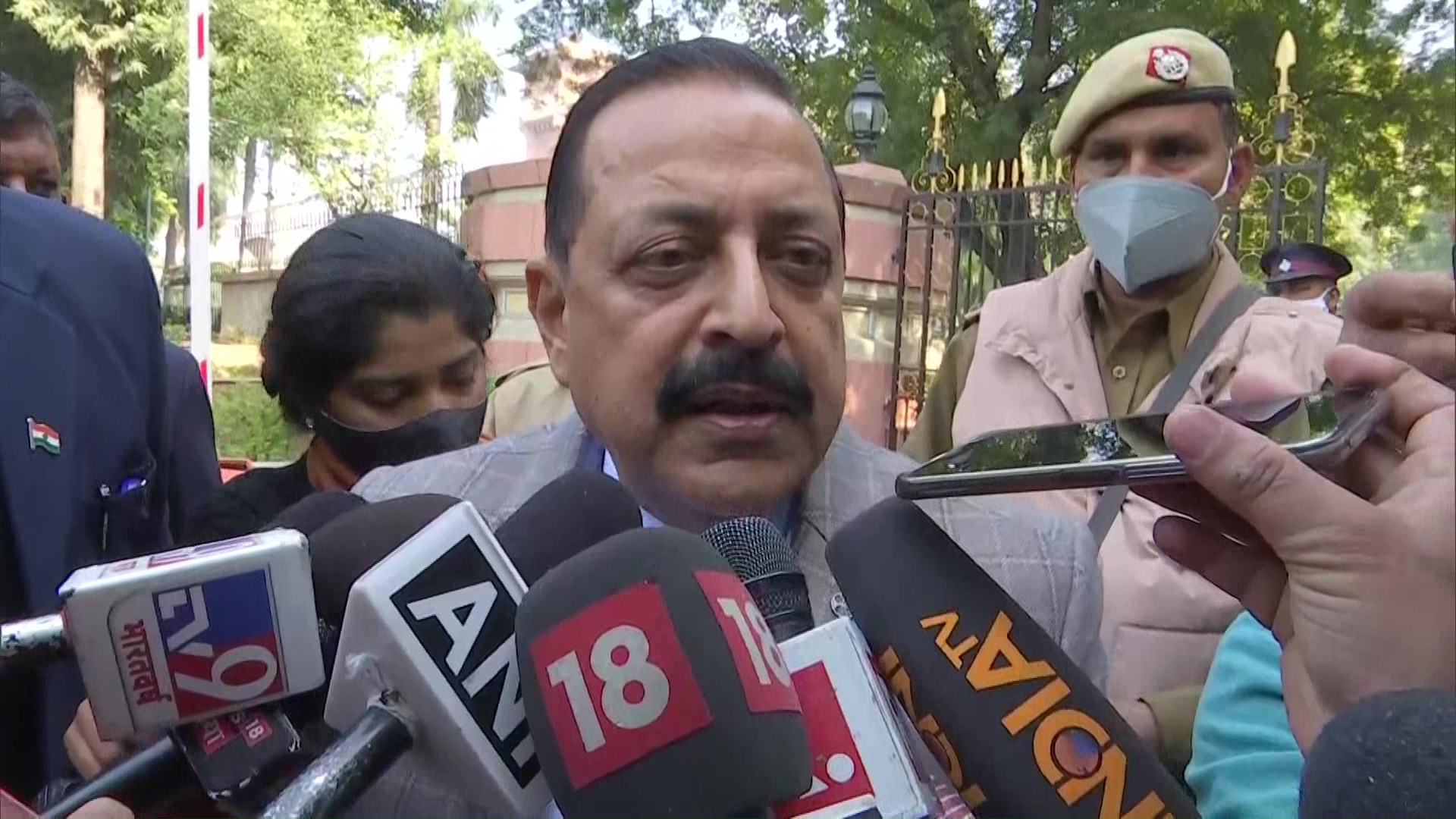 New Delhi, Dec 20: Following a Delimitation Commission’s meeting, Union Minister Jitendra Singh on Monday said that National Conference (NC) leaders got satisfied with the parameters that are being followed by the Commission.
Speaking to media persons, the union minister said, “All the associate members committed themselves to cooperate with the functioning of the Commission. The Commission has done a tremendous job. We must appreciate they had followed certain laid down parameters on the basis of which they have come out with the documents which are very objectively done.”
He said National Conference (NC) members were also satisfied with the parameters which were being followed by the Delimitation Commission.
“The associated members regardless of their party and political affiliations not only appreciated the work done by the Delimitation Commission but also committed that they would in the future also extend their cooperation for the rest of the exercise,” he said.
Asked about elections, the union minister said, “We have no idea when the elections will be held. It will be decided by the Election Commission which is an independent body and the government does not interfere with the functioning of the constitutional body.”
On strike by power department employees in Jammu and Kashmir, he said that the journey of development in the union territory will not be stalled.
“Those employees who are on strike have to be addressed by the government, and I am sure they will do that,” Singh said.
The Delimitation Commission’s second meeting took place in the national capital on Monday. The first meeting of the Commission was held in February last.
Union Minister Dr Jitendra Singh, National Conference chief Farooq Abdullah along with party leaders Mohammad Akbar Lone and Hasnain Masudi and BJP leader Jugal Kishore Sharma took part in the meeting.
The Central government has constituted a Delimitation Commission headed by Justice (Retd.) Ranjana Prakash Desai for the purpose of delimitation of Assembly and Parliamentary constituencies in the Union Territory of Jammu and Kashmir. (Agencies)