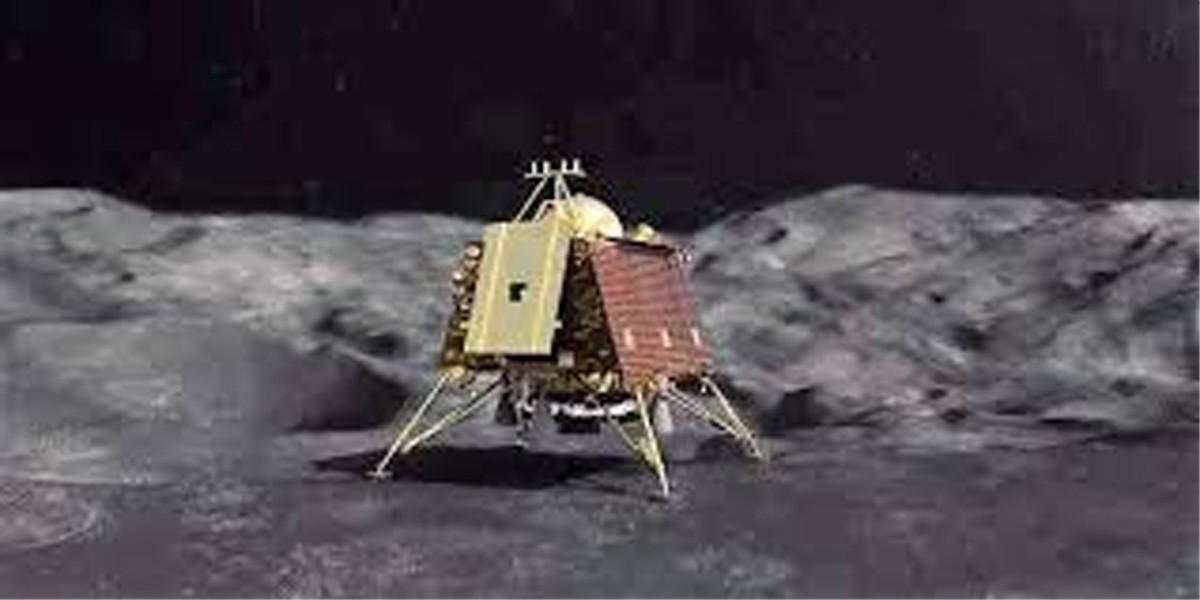 WASHINGTON, Oct 23:NASA has found no evidence of Chandrayaan-2’s Vikram lander in the latest images captured by its Moon orbiter of the lunar south pole region where India’s ambitious mission attempted a historic soft landing, the US space agency said on Wednesday.

On September 7, the Indian Space Research Organisation (ISRO) attempted a soft landing of Vikram on the uncharted lunar south pole, before losing communication with the lander.

“The Lunar Reconnaissance Orbiter imaged the area of the targeted Chandrayaan-2 Vikram landing site on October 14, but did not observe any evidence of the lander,” Noah Edward Petro, the Project Scientist for the LRO mission, told PTI in an exclusive email interaction.

Petro said that the camera team carefully examined the images and employed the change detection technique—using a ratio of an image captured prior to the landing attempt to the one acquired on October 14.

This approach, he said, is used for finding new meteorite impacts on the Moon that also helped locate the recent Beresheet, a small robotic Moon lander and lunar probe operated by the Israel Aerospace Industries.

On April 11 this year, Beresheet crashed on the Moon during a landing attempt.

“It is possible that Vikram is located in a shadow or outside of the search area. Because of the low latitude, approximately 70 degrees south, the area is never completely free of shadows,” John Keller, Deputy Project Scientist LRO Mission, told PTI.

During its previous flyby, the LRO passed over the landing site on September 17 and acquired a set of high-resolution images of the area.

The LRO team had not been able to locate or image the lander even then.

On September 7, Vikram attempted landing on a small patch of lunar highland smooth plains between Simpelius N and Manzinus C craters before losing communication with ISRO.

This event was India’s first attempt to soft land on the Moon and could have propelled it into a select club of countries to have landed on the lunar surface.

After Vikram lost contact with ground stations, just 2.1 kilometres above the touchdown site, the possibility of establishing contact with the lander had a deadline of September 21, because after that the region entered into a lunar night.

ISRO had said the mission life of the Vikram lander and the Pragyan rover it carried will be one lunar day, which is equal to 14 Earth days.

The lunar nights can be very cold, especially in the south polar region where Vikram is lying. Temperatures could drop to as low as minus 200 degrees Celsius during the lunar night.

The instruments aboard the lander are not designed to withstand that kind of temperature. The electronics would not work in absence of solar energy and would get permanently damaged. (PTI)