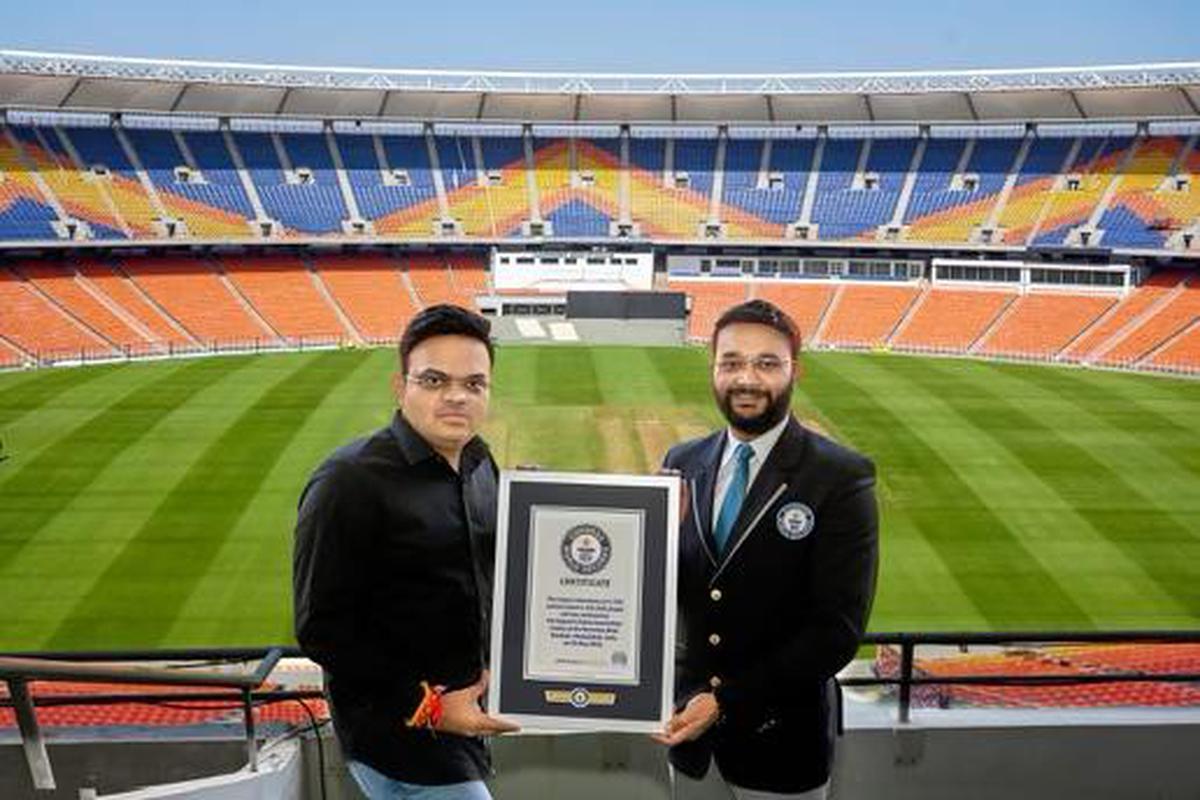 NEW DELHI, Nov 27: The Narendra Modi Stadium in Ahmedabad has entered the Guinness Book of World Records for the maximum spectator attendance during the 2022 IPL final, BCCI secretary Jay Shah said on November 27.
Earlier known as Gujarat Cricket Association (GCA) Stadium, Motera the stadium has a capacity of 1,10,000 which is nearly 10,000 more than Melbourne Cricket Ground with an official capacity of 1,00,024.
“Extremely delighted & proud to receive the Guinness World Record for the largest attendance at a T20 match when 101,566 people witnessed the epic IPL final at @GCAMotera’s magnificent Narendra Modi Stadium on 29 May 2022. A big thanks to our fans for making this possible,” Mr. Shah tweeted. (Agencies)