SAMBA, Sept 11: A deputation of people of village Nanak Chak area of Samba called on DC Samba, Rohit Khajuria in his office at Nandani Hill Complex here, today.
The delegation was led by former MLA Samba, Yash Pal Kundal. A large number of people of village Nanak Chak assembled in DC Office Complex here demanding removal of encroachments from State land every where. Later they met with DC Samba.
The delegation apprised him that few months ago the team of Revenue Department demolished few houses that are constructed on Government land, but the team did not demolish other house that was also constructed on Government land. They demanded strict action be taken against other persons who have also constructed their houses on State land.
DC Samba listened their grievances and assured them the strict action will be taken against the land grabbers. 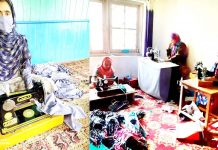 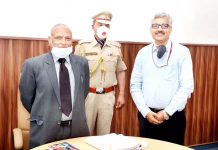 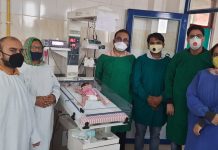 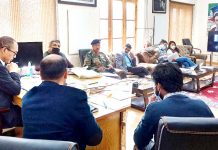 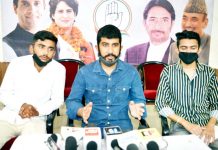