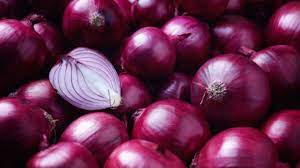 New Delhi, Oct 3: To check the sudden spike in onion prices, cooperative Nafed has offloaded 20,000 tonnes of the bulb from the government’s reserves in the last three weeks across India, official sources said.
Onion is being disposed of at the “going market rate” in major cities like Delhi, Patna, Lucknow, Chandigarh, Chennai and Hyderabad among others, sources said.
Nafed has been creating a buffer stock of onion on behalf of the government under the Price Stabilisation Fund (PSF) for the last few years.
For 2022-23, Nafed has built a record onion reserve of 2.50 lakh tonnes to deal with a potential spike in onion prices during the lean season that runs from August to December.
According to sources, Nafed commenced the disposal of buffer onion on September 14 and has offloaded 20,000 tonnes till now.
Onion procured in April and May is being offloaded at the “going market rate”, the sources said.
The stocks from the buffer will be released in a targeted and calibrated manner till December.
According to the data maintained by the consumer affairs ministry, the average retail price of onion was ruling high at Rs 40 per kg in the northeast zone on October 2, while it stood in the range of Rs 23-25 per kg in other zones. (PTI)