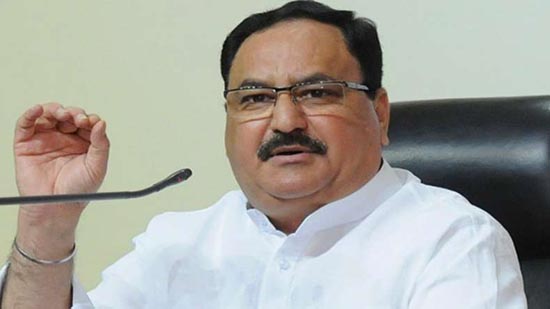 NEW DELHI: BJP working president JP Nadda on Friday presented a report card on the 50 days of the Modi 2.0 Government, describing its work as “exemplary” and “transformational” that focused on the weaker sections of society, national security and strengthening economy.

Addressing his first press conference after he was appointed the party’s working president last month, Nadda also hailed the Government’s initiatives on national security front and protection of children while citing the passage of laws to strengthen National Investigation Agency, which probes cases of terrorism and other serious crimes, and stringent measures to deal with crimes against children.

Flanked by Union ministers Prakash Javadekar and Piyush Goyal besides party general secretaries Bhupender Yadav, Anil Jain and Arun Singh, the BJP working president asserted that the Government has also reduced 44 labour laws to four codes as part of its “labour reforms” to give momentum to economy.

“The decisions the Modi Government has taken in its 50 days is better than what we have seen in 50 years. They will be milestones on the path to country’s development,” Nadda asserted. (AGENCIES)