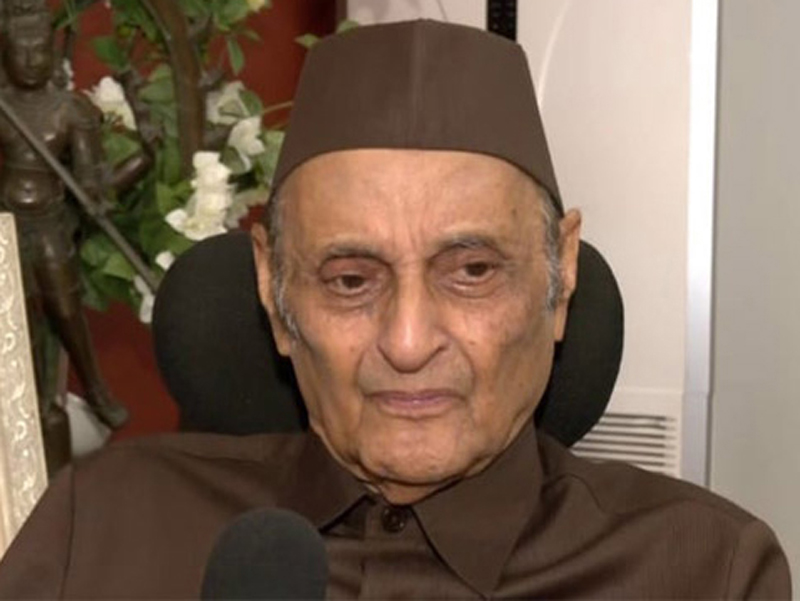 ‘Nobody listens to party veterans’
Gopal Sharma
JAMMU, Sept 16: Expressing dissatisfaction over the functioning of the Congress and ignoring party veterans by the people at the ‘helm of affairs’ at present, very senior party leader and former Union Minister, Dr Karan Singh today said his relations with the grand old party have reduced to ‘almost zero’ now.
“I had joined Congress in 1967 and became a Minister. But in the last 8-10 years, I am no more in Parliament. I was dropped from the Congress Working Committee. Yes, I am in Congress but there is no contact, nobody asks me anything. I do my own work. My relations with the party are almost zero now,” Singh told media-persons today.
Apparently revealing his inner pain, Dr Karan Singh said, “Today, no one asks and cares for the veterans in the Congress party. Take my example, I am not in the Parliament for the last 8-10 years and even dropped from the Congress Working Committee,” Dr Singh remarked.
Veteran Congress leader also referred to his work on Vedas and Bhagwat Geeta and a recent live interaction/interview with Prime Minister Narendra Modi on the subject.
Singh also wasted no time in thanking Prime Minister Modi after the long pending demand of his father’s birthday anniversary on September 23 being declared a public holiday, was finally realized now.
Singh congratulated the young generation of Jammu as the Maharaja’s birthday was declared as a public holiday.
“I am delighted. It happened after lot of effort. I congratulate the young generation of Jammu that carried forward the efforts. They did it together. Nobody opposed,” Singh said.
“When my sons Ajatshatru and Vikramaditya were Members of J&K Legislative Council, they had made the House pass a resolution about the holiday. Nobody carried it forward. I would thank PM Modi; I too, had written to him for it,” Dr Karan Singh maintained.
Dr Karan Singh’s remarks have sparked speculations about him leaving Congress Party after the exit made by a towering and veteran Congress leader, Ghulam Nabi Azad recently.
Karan Singh, son of the last Maharaja of the princely State of Jammu and Kashmir Hari Singh had been a Union Minister for long.
Last month, senior Congress leader Ghulam Nabi Azad resigned from the party. He has been Chief Minister of the erstwhile State of Jammu and Kashmir from 2005 to 2008.
In his resignation letter to Sonia Gandhi, he had targeted party leadership, particularly Rahul Gandhi, over the way the party has been run in the past nearly nine years.
In the hard-hitting five-page letter, Azad had claimed that a coterie runs the party while Sonia Gandhi was just “a nominal head” and all the major decisions were taken by “Rahul Gandhi or rather worse his security guards and PAs”.
Azad had said he was submitting his resignation with “great regret and an extremely leaden heart” and severing his 50-year association with the Congress. He was earlier Leader of Opposition in Rajya Sabha.
Recounting his long association with the Congress, Azad had said the situation in the party has reached a point of “no return.”
While Azad took potshots at Sonia Gandhi in the letter, his sharpest attack was on Rahul Gandhi and he described the Wayand MP as a “non-serious individual” and “immature”.
After quitting Congress, Azad has announced to launch his own political party that will focus on the restoration of full Statehood to the Jammu and Kashmir and protection to the jobs and lands of the locals.