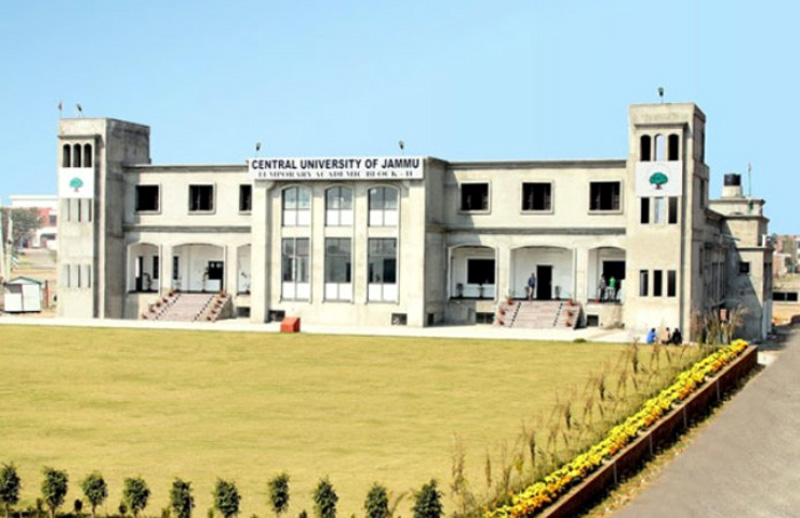 Nishikant Khajuria
JAMMU, July 7: After investigation into purported manipulation in the Reservation Roster and gross violation of Reservation Policy in recruitment at Central University of Jammu, National Commission For Backward Classes (NCBC) has directed the university to immediately stop the recruitment process over the swapped positions.
“The university must not do swapping of posts. The recruitment process over the swapped positions must be stopped with immediate effect,” reads the formal communication, issued by the Commission to CUJ Vice-Chancellor.
Maintaining that the recruitment process of teaching and non-teaching staff may be started as per the approved Roster, the Commission has also directed that the Reservation Roster must be uploaded on the university website.
These directions have been issued after the UGC report on the matter was submitted to the Commission, which had received complaint regarding manipulation of Reservation Roster and non-implementation of Reservation Policy by the Central University of Jammu.
As per the Constitutional mandate and as per the powers conferred upon it under Article 338B of the Constitution of India, the NCBC had initiated investigation into the matter in October last and directed the CUJ Registrar to send factual report along with the approved Roster policy by the University in recruitment of teaching positions for further investigation.
It may be recalled that the Excelsior had carried an exclusive report on violation of Reservation Roster in recruitment for teaching positions in the Central University of Jammu while a formal complaint in this regard was also received by the NCBC from CUJ Liaison Officer for OBC.
In the complaint, the Commission had been apprised in detail about the swapping of reserved positions with non-reserved positions and vice-versa besides gross violation in implementing the Reservation Policy for the SC/ST/OBC/EWS/PWD in the recruitment process of Associate Professors and Assistant Professors in the University from 2016 onwards.
Even as the university sought to justify swapping of positions on the plea of not getting suitable candidates, the NCBC forwarded the matter to University Grants Commission (UGC) for its comment. After the UGC, in its report, also maintained that swapping of positions and violation of the Reservation Roster were not allowed in any circumstance, the NCBC Joint Director (Admn), Dr Madhumala Chattopadhyay, with the approval of the Commission Chairman, has now issued directions to CUJ Vice-Chancellor over the Reservation Roster issue.
As already reported by the Excelsior, the CUJ allegedly violated the approved Reservation Roster for various positions of Assistant and Associate Professors in a number of disciplines where posts were lying vacant. The same positions were advertised sometimes as Un-Reserved and sometimes as any of the category positions like SC/ST/OBC thus manipulating the status of Roster and also causing a colossal damage to the interest of eligible category candidates against various positions.
Pertinent to mention that once the Roster is approved by the University Council as per the procedure stipulated by the Government of India and advertisement is made accordingly, the status of the positions contrary to approved Roster cannot be changed by the Vice-Chancellor on his own. In compliance to Resolution number 10 of the 2nd meeting of the Executive Council, dated 14-01-2013, the CUJ had approved the Reservation Roster of 200 points. Till 2014, the University advertised the posts of Assistant Professor, Associate Professor and Professor as per the approved Roster, however, in the recently advertised posts for the vacant positions, the approved Roster was allegedly modified and manipulated to suit the interest of favourite candidates. The positions approved and the positions advertised were in contravention of the guidelines of the UGC and the Government of India.