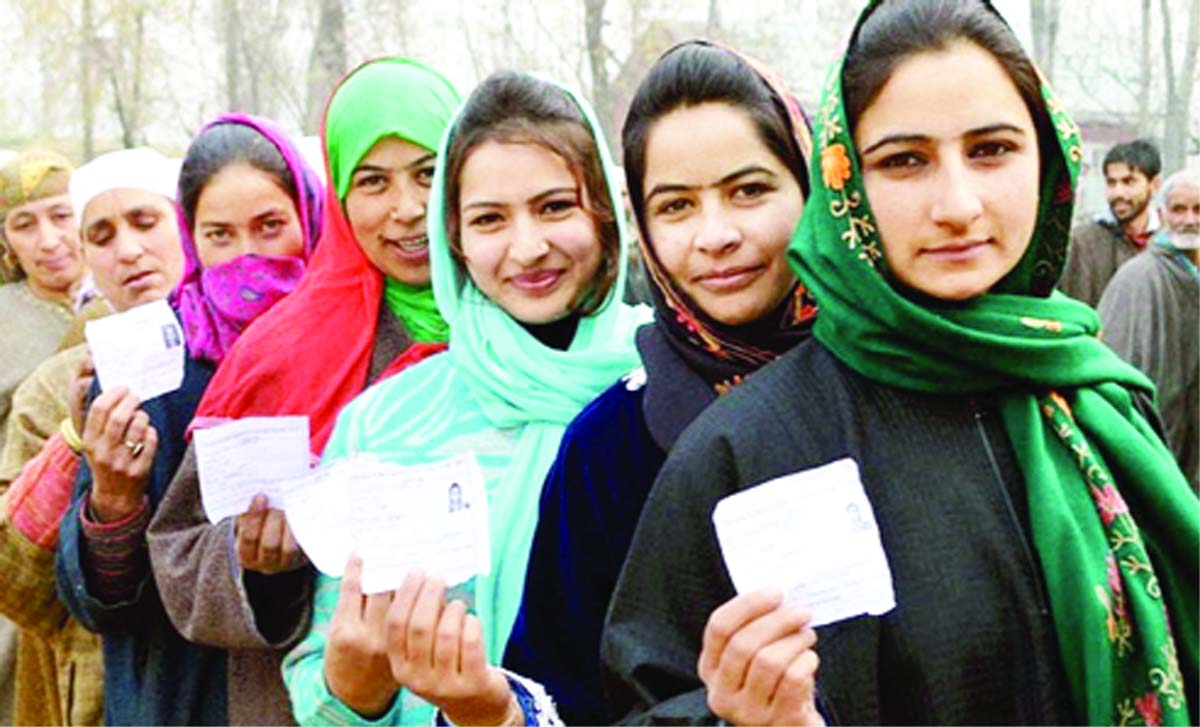 Karanvir Gupta
A little more than a month ago, I woke up to a call that happened to be a campaigning exercise for the Municipal Elections that were to be held in Jammu and Kashmir. I was excited and enthused over the efforts the candidates, their teams and families were putting in bringing forth their agenda to be at the helm of affairs. I also witnessed a lot of digital promotions and campaigns over the social media, clippings of the media bites. I believe it is absolutely fine to go all out and campaign when you have decided to take up a position and that has an electoral mandate for the same. Because until and unless you speak about yourself, your vision and mission – what you bring to the table; the public can’t really get the whole of you and other participants. And for any position that is public facing and an extension of the governance and the Government – the public needs to know the candidate well!
Howsoever, what caught my attention in the whole process was – multitude of many other things. PDP and NC boycotting from the elections! A reflection of disbelief in the system and escaping from the promise of delivering to the people they pretend to represent. It clearly indicates that a party can shy away from its responsibilities for its selfish and ulterior motives. Other glaring things being an absence of a public charter that elucidates the roles and responsibilities of the Municipal corporators or councillors. A missing report card that will evaluate how these public representatives have performed over their term! May be this is all written in the constitution and state/Central Government will be quick to list out the roles and responsibilities and even quicker to judge who performed and who didn’t. But Alas! the common man – you and me and take it from me – even many of the candidates will not be fully aware of the constitutional procedures and guidelines. And here lies my disappointment! A sad state of affairs which is going to haunt us in the long term.
Of late I have observed that everyone is ready to grab and pounce upon an opportunity that gets them eyeballs. Any thing (or a role) that makes you superior, fetches you some extra power, a titular position that gives you edge over rest of the peeps in the society – is eyed upon. This however has resulted in filling up of the positions and chairs of responsibility with people having no real knowledge or the sense of importance the chair brings with it. I ask “How many of the elected representatives are willing to commit to a plan of development and deliver to it by the end of their term?” Does that make Municipal elections a mere facade in the name of constitutional process? Tough to answer!
I have always believed that a nation can develop and prosper when we all take care of it starting from the smallest unit that starts at home. A home makes a family, families then make a locality, localities make a township and so on so forth. If all of us took responsibility of each unit we represent – it would have been a different story to tell! And that’s the only reason why I see Municipal elections and their representation closest to true form of democracy. A system which allows us to take care of many factors – healthcare, education, civic amenities, aesthetics, art and culture, urban planning, roads and bridges, sanitation, public parks, parking lots – at the grass root level. This allows us to build things from the scratch by the people who are the close in touch with the reality. But the question remains what percentage of this gets realised, planned and delivered in due course of time?
I know that I am being a real sceptic and a critic here but seeing the rampant growth and expansion in and around – either in metros, or Tier I/II cities; it bothers me that if we do not indulge in a practical resource planning and a plan to meet the future demands – our future is at peril. The war for natural resources and other amenities is going to come crashing on us. The municipal elections and representation at ward level is nothing less than a great opportunity to ensure progress, growth and “sustainable development”. I am being honest when I present my unhappiness with the lack of clear understanding of the role of municipal elections/council – with the public and select representatives.
And I am just being hopeful that more and more of us go, ask and question our ward representatives about what’s their plan, ask them to produce the First 100 Day Agenda/Achievements and quarter-on-quarter plans with annual results being published in public. And as aam-junta we also offer our help, and necessary resources and skills that help representatives achieve their goals. Instead of criticising the very representatives we elect. All I am hoping here is Municipal Elections and the council to become a trustworthy and credible system of adding more value to the lives of public and become a strong arm of the state/central government in managing the governance at the minutest level possible.
(The writer is an IIM Shillong Alumnus and Mentor of Change with NITI Aayog)
feedbackexcelsior@gmail.com