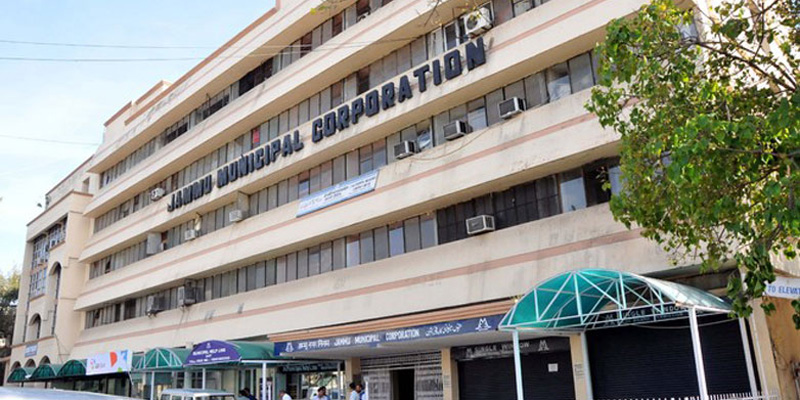 JAMMU, Feb 16: Municipal Bodies are not adhering to the timelines for payment of Environment Compensation imposed by the Jammu and Kashmir Pollution Control Committee for unscientific handling of solid waste and the Housing and Urban Development Department is acting as mute spectator to the increasing financial burden and blatant violation of the environmental laws.
Official sources told EXCELSIOR that on the basis of reports about illegal and unscientific dumping and disposal of solid waste the Jammu and Kashmir Pollution Control Committee took up the matter along with the photographic evidence with several Municipal Committees and Councils with the direction to bring an end to the violation of the environmental laws.
As there was no positive change on the ground and the reckless handling of solid waste continued unabated, the Pollution Control Committee, as per the guidelines laid down by the National Green Tribunal, issued show-cause notices to several Municipal Committees and Councils during the past one year.
Astonishingly, there was no response to the show-cause notices from the Chief Executive Officers and Executive Officers of the erring Municipal Bodies and this compelled the Pollution Control Committee to work out the Environment Compensation as per the Polluter Pays Principal in terms of National Green Tribunal (NGT) order.
Thereafter, through the formal orders the erring Municipal Bodies were directed to pay Environment Compensation within the 45 days failing which interest at the rate of 12% on the compensation amount shall accrue. However, majority of the erring Municipal Committees and Councils have not deposited the Environmental Compensation within the stipulated time-frame, sources said while disclosing that Environmental Compensation ranges from several lakhs of rupees to several crores of rupees.
“The non-compliance of the directives of the Pollution Control Committee within the stipulated time-frame is not-withstanding the fact that delay is leading to interest of 12% and subsequent financial burden on the Municipal Committees and Municipal Councils”, sources further said, adding “it is really a matter of concern that even Housing and Urban Development Department, which has administrative control over the Municipal Bodies, is acting as mute spectator to the violation of environment laws as well as delaying tactics in paying Environmental Compensation”.
According to the sources, even after being penalized by the Jammu and Kashmir Pollution Control Committee, several Municipal Bodies are blatantly violating the environmental laws instead of ensuring scientific handling and disposal of solid waste. “In such a situation how the objectives behind the directions of the National Green Tribunal can be achieved remains a million dollar question”.
The erring Municipal Bodies which have been penalized till date are Municipal Committee Katra, Municipal Council Rajouri, Municipal Council Kathua, Municipal Committee Bandipora, Municipal Council Sopore.
Despite being aware of the fact that Municipal Bodies are being punished for flouting the Solid Waste Management Rules and violating the environmental laws, the Housing and Urban Development Department has not initiated any serious step so as to ensure collection, storage and disposal of waste in scientific manner and in line with the provisions of these Rules, sources said.
“In certain districts the land stands identified but no step has been initiated for establishment of solid waste disposal plants and in other districts even the land identification exercise has not been conducted”, sources informed, adding “mere house to house collection of Municipal Solid Waste is not going to improve the situation unless scientific disposal is ensured”.
These Rules state: “Municipal authorities shall establish and maintain storage facilities in such a manner as they do not create unhygienic and in sanitary conditions around it. Storage facilities to be set up by Municipal authorities or any other agency shall be so designed that wastes stored are not exposed to open atmosphere”. However, storage facilities including in Jammu and Srinagar cities, which are being developed as smart ones, don’t meet the criteria laid down in the Rules and wastes being stored there is completely exposed to open atmosphere.