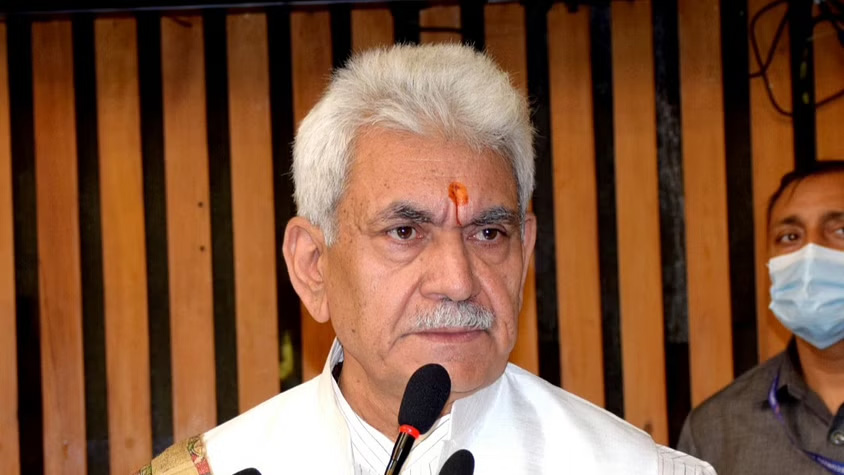 About 6 lakh addicts to be rehabilitated by March 2023

JAMMU, Sept 4: In order to curb the menace of drug abuse across the Union Territory of Jammu and Kashmir, the Government has chalked out multi-pronged strategy involving 17 departments, Urban Local Bodies, Panchayati Raj Institutions and grass root level workers. Moreover, directions have been issued for identification of drug addicts within one month and their complete rehabilitation by March 2023.
As part of “Nasha Mukt J&K Abhiyan” being conducted from September 1 to September 30, 2022 on the directions of Lieutenant Governor Manoj Sinha, the Government has started coordinated, multi-dimensional, inter-departmental and multi-level campaign encompassing departments/offices at UT level and District level reaching right up to the Panchayat level.
During the campaign, about six lakh people reportedly addicted to drugs/substances will be identified within one month and thereafter their rehabilitation will be ensured by March 2023 as there will be complete focus on providing medical assistance to the drug addicts and their rehabilitation.
The Government has assigned different tasks to 17 departments being involved in the campaign and timelines have also been fixed for the completion of same. Moreover, they will submit action taken report to the Nodal Department-Social Welfare Department and the General Administration Department on October 1, 2022 positively.
The Home Department has been asked to ensure strict implementation of Narcotics Drugs and Psychotropic Substances Act (NDPSA) across the Union Territory to ensure severe punishment to the drug peddlers. Moreover, the department will ensure tracking supply sources, blocking supply channels and destroying illicitly grown poppy and cannabis by involving Revenue Department, Police Department and Excise Department. Moreover, submission of daily reports in this regard to the UT level and District level Task Forces will be ensured.
Further, instructions have been given to the Home Department to ensure mapping of drug farming areas and taking action against the culprits by September 30 and screening of children in conflict with law and those involved in theft in consultation with the Health Department for identification of drug abusers among them.
As far as setting up of Drug De-addiction Rehabilitation Centre in all districts with OPD and IPD facilities is concerned, the Government has fixed a deadline of September 30, 2022 for the Health Department with the further direction to collate information on over-the-counter drugs/medicines being misused by the drug/substance abusers for identification of drug abuse.
Moreover, the Health Department has been asked to chalk-out a well devised Standard Operating Procedure (SOP) for handling the identified drug abusers and share the same with the UT Level and District Level Task Forces by September 10, 2022. The SOP will start from home detoxification up to rehabilitation and de-addiction. Further, the role of various health institutes and other agencies will be clearly defined by the Health Department in ensuring implementation of the SOP.
The Social Welfare Department has been asked to ensure active involvement of Anganwari and ASHA workers and Rural Development Department will ensure full participation of representatives of PRIs, social activists and NGOs for identification of victims of drug abuse while maintaining full confidentiality.
Laying enough focus on the students studying in educational institutions across the Union Territory, the Government has directed the Higher Education and School Education Departments to conduct different activities throughout the month and ensure bio-metric attendance to check entry of unauthorized persons in the premises of respective institutions. The teachers will tech on drug abuse and its ill-effects for at least one month and Education Department will make efforts to include a chapter on drug abuse in the curriculum.
All the Urban Local Bodies have been directed to conduct regular checks on the activities of public in parks and inform police in case of any incidence of drug abuse. The ULBs will also prepare ward-wise list of affected persons and forward the same to the Deputy Commissioner concerned while maintaining confidentiality.
Likewise, the Floriculture Department has been assigned the task of undertaking special initiatives to ensure that all gardens under its administrative control are not misused by the drug victims/peddlers. Similarly, the Agriculture Production Department has been asked to undertake a survey for identification of poppy and cannabis cultivation as till date no concrete information is available in this regard.
All the Deputy Commissioners have been asked to rope in celebrities and religious leaders to spread the message of drug abuse during their programmes/preaches throughout the month. Moreover, they will ensure identification of uneducated, unemployed and school dropouts by the District Level Task Force during the month and put through the screening process through the questionnaire method.
The Youth Services and Sports Department and Mission Youth will ensure that participants of various sports activities are sensitized about the perils of drug abuse and need to control the menace during the inaugural sessions and activate all Youth Clubs for spreading awareness.