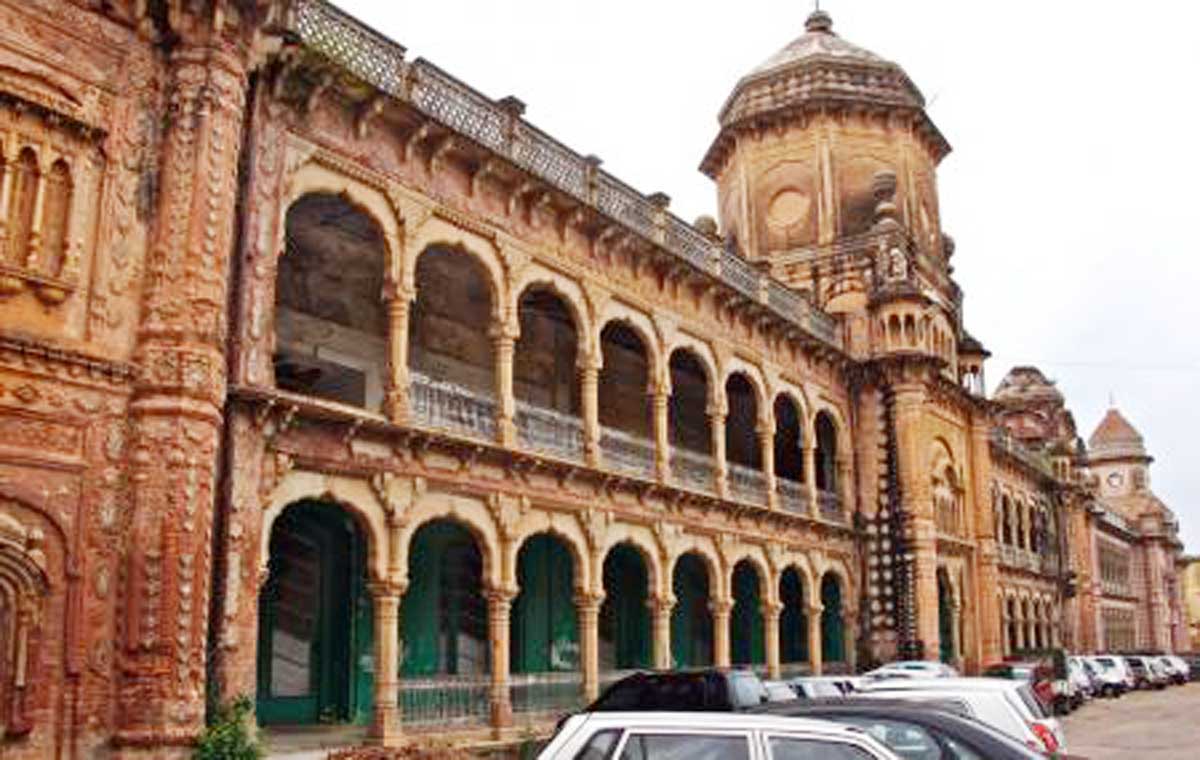 *Only officers, no expert in reframed Executive Committee

JAMMU, Nov 23: Several issues pertaining to the historic Mubarak Mandi Complex have remained unresolved as the Governing Body (GB) of the Heritage Society has not met during the past more than one and half years due to non-serious approach on the part of those at the helm of affairs in the Tourism and Culture Department.
Moreover, no expert member has been nominated in the Executive Committee which was reconstituted by the Government recently despite being aware of the fact that opinion of Heritage Conservation Architect(s) is imperative for the ongoing restoration works.
Official sources told EXCELSIOR that Governing Body of the Mubarak Mandi Heritage Society is supposed to meet at least twice a year as all the important decisions pertaining to the restoration of historic complex are to be taken at this platform. However, no meeting of the Governing Body has been convened during the past more than one and half years for the reasons best known to those at the helm of affairs in the Tourism and Culture Department.
The last meeting of the Governing Body was held on March 5, 2019 under the chairmanship of the then Governor of the erstwhile State of Jammu and Kashmir Satya Pal Malik when Master Plan for conservation and adaptive re-use of the Mubarak Mandi complex was approved.
On the occasion, the then Governor had laid stress on conducting meeting of the Governing Body at least twice in a year so that timely decisions could be taken on the issues which will crop up during the ongoing conservation work.
“Due to inordinate delay in convening meeting of the Governing Body several issues of the historic complex have remained unresolved as vital decisions can be taken at this highest platform only”, sources said, adding last month Government reconstituted the Governing Body and Executive Committee but no attention has so far been paid towards holding the meeting of Governing Body.
From time to time need of creating dedicated Engineering Wing for the Mubarak Mandi complex was felt in order to give further push to the ongoing works and to ensure proper supervision but till date no formal step has been initiated in this regard. “This is notwithstanding the fact that even the present Lieutenant Governor Manoj Sinha, while reviewing the work on the historic complex in the month of August this year, had directed that sufficient Engineers be posted in the Mubarak Mandi Heritage Complex for technical supervision and designing”, sources said.
At present only one Executive Engineer and few other Engineers of the Roads and Buildings Department have been given the additional charge of the Mubarak Mandi complex and they find it difficult to do justice with dual responsibilities, sources further said, adding “actually the Mubarak Mandi Heritage Society needs Electrical, Mechanical and Civil engineers as all sorts of works are presently going on in the complex”.
“The routine decisions about the complex are supposed to be taken by the Executive Committee of the Heritage Society but the same is also not meeting after regular intervals”, they further said while disclosing that the reconstituted Executive Committee doesn’t have any expert member like Heritage Conservation Architect although expert advice is imperative for the conservation works.
The Executive Committee is comprised of Divisional Commissioner, Deputy Commissioner, Director of Archives, Archaeology and Museums, Director Tourism, Executive Director, Mubarak Mandi Heritage Society and Director Finance, Tourism Department.
“Only Heritage Conservation Architect or other expert in the field can guide the Executive Committee about the effectiveness of the decisions vis-a-vis conservation of the historic complex”, sources said, adding “it is not understandable as to how the Government can ignore this aspect while reconstituting the Executive Committee of the Society”.
They further said, “it seems that timely and proper conservation of historic complex doesn’t carry any importance for the Government otherwise it would have paid required attention towards all these issues”, adding “it is hoped that Lieutenant Governor would take personal interest to ensure that conservation works of the complex are carried out smoothly and all the issues are resolved timely”.