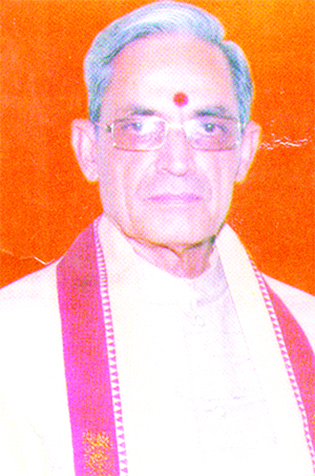 O P.Sharma
Acharya Vishwamurti Shastri, former Principal of Rashtrya Sanskrit Sansthan, Jammu opines every one must have firm faith in Almighty and tread the path of dharma for ultimate goal of Spiritual enlightenment . Dr.Shastri was till recently member of holy Amarnath Shrine Board and presently is actively associated with holy Mata Vashno Devi Shrine conducting prayers and Bhajans ( which are often telecast live on different T.V channels ,especially during Navratra festival ) . His remarkable feat is that he chants Sanskrit shlokas and also explains their scientific relevance .
He is highly qualified and renowned Sanskrit scholar with knowledge of Vedic literature, Jyotish vidya and other connected subjects . His deeply religious knowledge , simple living have earned him a reputation and popularity among the people.
Dr. Vishwamurti Shastri achieved myriad milestones during his 50 plus years of honest services in teaching and administration. He got retired in 2011 as a Principal from Sri Ranveer Complex of Rashtrya Sanskrit Sansthan , Deemed University , Jammu with distinctive service . During his long teaching tenure, he was awarded with best Teacher Award twice by the then Education Minister Dr. Karan Singh.
Upward Graph
Presently Dr. Shastri is member of board of management and nominee of chancellor for Rashtrya Sanskrit Sansthan , New Delhi . He has also been serving as an Advisor for Hindu Advisory Committee since August 2012 as nominated by the Planning Commission of India. He is also currently serving as a director for Gurukul, Mata Vaishno Devi Shrine Board, Katra .
He successfully completed shastri in 1965 and Acharya in 1967 from Jammu and Kashmir University. He was awarded PhD degree by the Rashtrya Sanskrit Sansthan , Deemed University in 1986. He has profound Knowledge of Sanskrit literature with immense know-how of Nyaya, Vedas , Sanskrit Vyakran, Ritual , Chandna and Shastra . He had special acumen in directing and acting in stage plays. Apart from bagging many Best Actor Awards in various roles of Duryodhana , Ravana , Arjun, Yudhidsthara . In stage plays, he has been instrumental in achieving feat of winning first prize for directing stage plays for record 16 times.
Great Sanskrit Scholar
Dr. Shastri has been conducting free Veda classes for both needy and deserving along with teaching. He has earned special status In the hearts and minds of people with his preachings / lectures at the sacred Shrine of Mata Vaishno Devi Darbar , Katra during Navratras which is telecast live worldwide on various National and local T.V Channels every year since last two decades. He was also nominated as executive member of Amarnath Shrine Board by the then Governor. He is an eminent personality in Jammu and Kashmir and renowned name not only in India but also in abroad. He has profound knowledge in the vast field of Astrology and Vedas, as also a known Sanskrit literature expert, a proud recipient of the President Award for excellence in Sanskrit Literature and expertise in Shastras .
Vedic Teachings12
He has also been honoured with “Shree Excellence “by Punjab Kala Sahitya Academy. He is felicitated with honorary D.litt degree by Sh. Lal Bahudar Shastri Rashtriya Sanskrit Vidyapeeth in 2017 and also honoured with Sahitya and Veda Martand award by UP Governor. He also published two books and nearly 40 papers which were read and published in various conferences or seminars. Dr. V.M Shastris Felicitation Volume ” Vishwamurti Vaibhavam ” which contains notes , writes -ups acknowledgments, poems by various dignitaries from his native state and other parts of India has been published on December 4 ,2015 and released by then Governor . The book amply reflects his multi -faceted and talented personality. Dr.Shastri has been actively involved in informal Sanskrit Education and its awareness /promotion at hundred of centres through Sanskrit Bharti in and across Jammu and Kashmir at various grass-root levels since 2002.
In an exclusive interview, the great Sanskrit scholar , Vishwamurti Shastriji told me that he was born in small village in Ramnagar tehsil of Udhampur district in the religious family of Prashar Brahmins. Vishwamurti Shastri was born to Pt.Anant Ram Jyotshi and Mrs Sudesh Sharma , both were deeply religious . His grandfather Narsingh Dayal Sharma , was a man of learning and vision . He sent his three sons: Devi Chand Vedpathi , Pt . Anant Ram Jyotshi and Pt. Beli Ram Sharma to Lahore for higher learning in Sanskrit and also Ayurvedic medicine . Acharya Shastri ji is a high scholar, pleasing personality and prominent person of whom all of us should be proud of and look forward to his more purposeful contribution in years ahead .
(starline.syndicate.service@gmail.com) 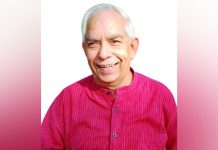 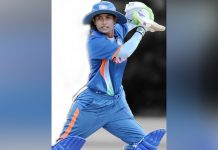 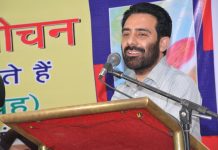 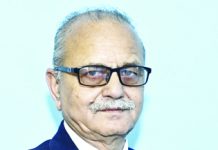 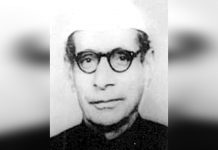 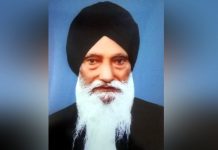 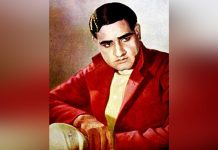