E-Paper
Home Latest News Motorists in Delhi may have to pay Rs 20,000 for violation of... 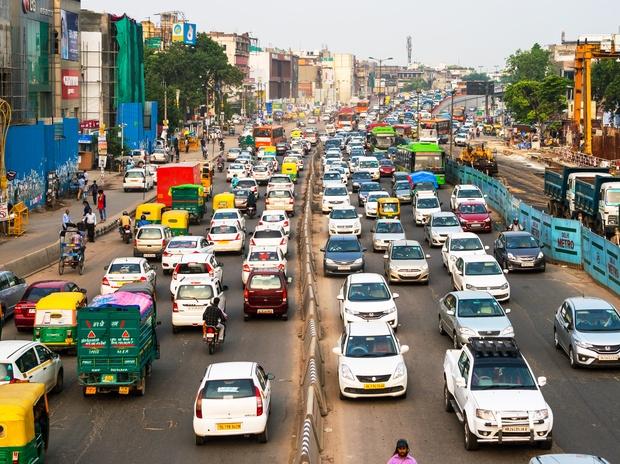 NEW DELHI: Violation of the odd-even road rationing rule, scheduled to kick in from November 4 in the city, will invite a fine of Rs 20,000 as per the amended Motor Vehicles Act, officials said on Thursday.

The odd-even scheme involves plying of vehicles on alternate days as per the last odd or even digit of their registration numbers.

Earlier, when the odd-even scheme was imposed by the Delhi government in January and April 2016, the violation was punishable with a fine of Rs 2,000.

However, a final decision on the size of penalty has not been made since the notification of compoundable offences under the amended MV Act is yet to be notified by the Delhi government, an official said.

“The Government is authorised to reduce the amount of fine which it may or may not do, “ said the official.

Under Section 115 of the MV Act, violation of the odd-even rule is a traffic offence for which the fine amount has been raised from Rs 2,000 to Rs 20,000 after amendment which came into effect from September 1 this year.

Section 115 of the MV Act gives the state government the power to restrict the use of vehicles and that is how the Delhi government rolls out the odd-even scheme.

Now, the revised penalty for violation under this section is mentioned in Clause 194 of the Act. Earlier, the Act stated that the penalty was a minimum of Rs 2,000, which has now been increased to Rs 20,000.

Recently, Delhi Chief Minister Arvind Kejriwal announced implementation of the odd-even scheme in Delhi as part of the seven point action plan from November 4-15, to combat high levels of air pollution in winters.

He had also acknowledged that the high penalty amount has improved indisciplined road traffic in the city, but had added that his government will consider reducing fines under its jurisdiction. (AGENCIES)