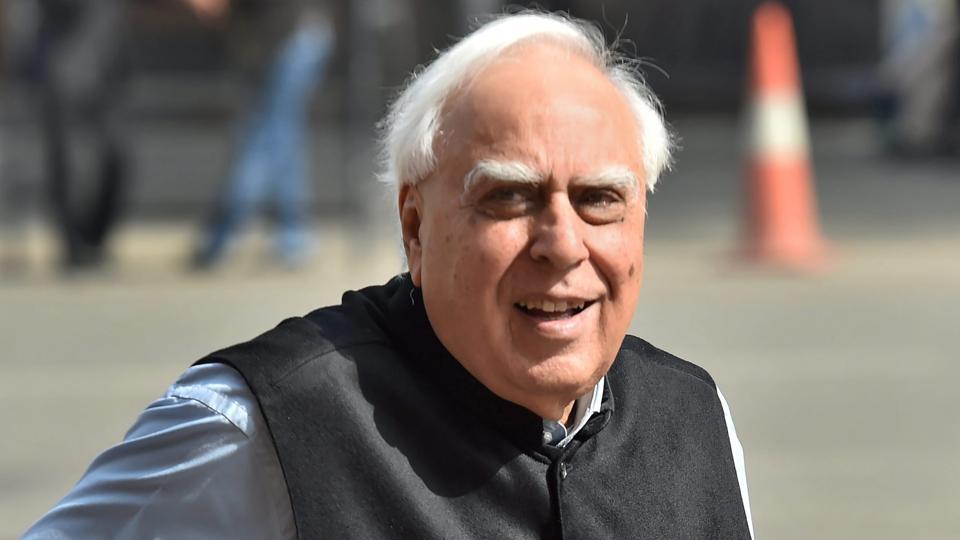 NEW DELHI, Mar 24: Prime Minister Narendra Modi has forgotten about his bonhomie with “chaiwalas”, is now remembering “chowkidars”, and will focus on somebody else the “next time” for political gains, senior Congress leader Kapil Sibal has said, taking a swipe at the PM’s ‘main bhi chowkidar’ campaign.
The former Union minister also accused Modi of politicising the Balakot air strikes and asked whether the ‘chowkidar’ (watchman) was sleeping when terror attacks took place in Gurdaspur, Pathankot, Uri, Baramulla, and Pulwama.
On the prime minister’s ‘main bhi chowkidar’ campaign to counter the Congress’ ‘chowkidar chor hai’ barb, Sibal said: “First of all he has forgotten about the chaiwalas (tea sellers). He now remembers the chowkidars (watchmen). Next time he will remember somebody else and forget the chowkidars.”
“The sad part of it is that he was sleeping while we were attacked at Gurdaspur, at Pathankot, at Uri, at Baramulla, at Pulwama. What was the chowkidar doing, was he sleeping. What happened to the slogan ‘main bhi chowkidar’ at that point in time,” the 70-year-old Rajya Sabha MP said in an exclusive interview.
In the run up to the 2014 Lok Sabha polls, BJP launched a massive election campaign highlighting Modi as a ‘chaiwala’ (tea-seller) to connect with the masses after Congress leader Mani Shankar Aiyar dubbed him a ‘chaiwala’. Since then, Modi has often called himself a chaiwala.
The PM launched the ‘mai bhi chowkidar’ campaign after Congress president Rahul Gandhi relentlessly targeted the PM with the “chowkidar chor hai” (watchman is a thief) jibe, while alleging corruption and favouritism in the Rafale fighter jet deal. The Government rejected the charges.
Sibal also accused the BJP of trying to gain political mileage from the Balakot strikes.
“They (the BJP) were the first ones to politicise it (air strikes) by making public statements. He (Modi) has posters of the martyrs behind him as he is making his speeches. He is alluding to the air strikes by saying that the mood of the crowd is now different,” Sibal said. (PTI)

The former Union minister alleged all this shows that the government is least concerned about issues relating to life of the ordinary man such as farm distress, education, health, hunger, loss of credit facilities, and “destruction” of businesses.

Sibal slammed the prime minister for his ‘chowkidar campaign’ and asked what was the ‘chowkidar’ doing when the likes of Nirav Modi and Mehul Choksi fled the country.

“What was the chowkidar doing when people were losing lives post the air strikes, soldiers have lost their lives (at the border). Is this chowkidari of his residence or what is it, or of his privileges,” Sibal asked.

On whether the focus has moved away from issues of jobs and government’s alleged economic non-performance following the Balakot air strikes, Sibal said there was an attempt to do so.

“The whole nature of the discourse is now about what a great job this government has done post Pulwama, and this is a new threshold — we have shown to Pakistan that we are capable of air strikes across the border if they continue with their efforts to destabilise India through terrorist attacks,” he said.

Sibal said personally for him the messaging to Pakistan was fine, but to politicise such issues was not acceptable.

Pakistan retaliated by attempting to target Indian military installations the next day. However, the IAF thwarted their plans.

Asked if the Congress believes that it is a ‘now or never’ or a ‘do or die’ kind of election considering the Congress has been alleging that the BJP has been destroying institutions, Sibal answered in the affirmative.

“Look at the institutions prior to 2014 and look at them after 2014 when Modi ji became prime minister,” Sibal said, alleging that the BJP has “destroyed” institutions.

Citing the example of the Central Investigation Bureau (CBI), Sibal talked about “infighting” in the agency and referred to the government’s decision at midnight to remove then CBI director Alok Verma, to allege that institutions were being undermined.

“The induction of key elements in the CBI which were close to the present administration. (Rakesh) Asthana being one of them and he handling the most sensitive cases…Look at the Central Vigilance Commission. There are serious allegations against the CVC,” he said.

Sibal also alleged that the Comptroller and Auditor General was not acting with transparency on the Rafale deal issue.

“The CAG report reflects the opacity of the office. It is trying to justify what the prime minister did, instead of putting all the data on record. Look at the office of governors. Some of them even say that they owe their allegiance more to the Sangh (RSS) than to the office,” he said.

Sibal wondered which institution has been saved under the Modi government.

“Look at the nature of the media today..If the media becomes the ‘lap dog’ of the government, and all the institutions toe the line of the government and of the Prime Minister’s Office, what is left is a hollow constitutional structure which is bereft of its essence,” the Congress leader said.

“Therefore, I do believe, if we are not able to ensure the victory of the liberal forces in this country, we are in deep trouble,” Sibal said. (PTI)