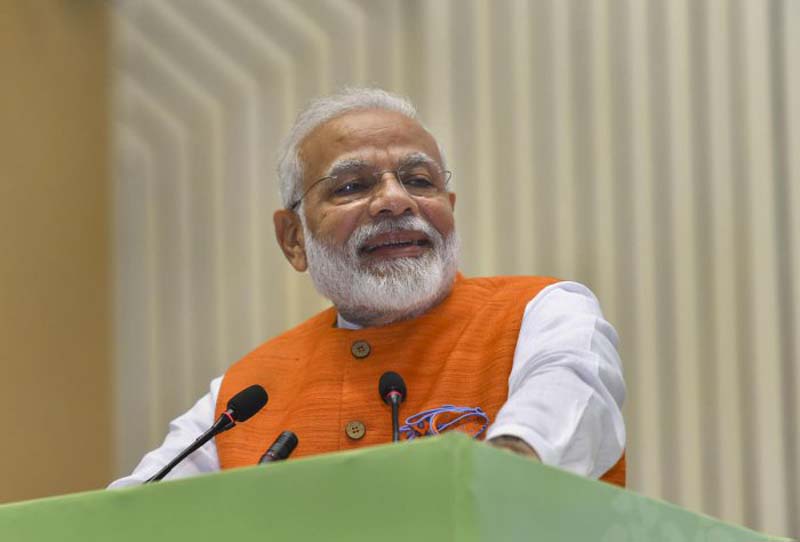 NEW DELHI, Sept 9: In contrast to the “easygoing” approach that defined governments on return to power earlier, the Modi dispensation has demonstrated political will and taken remarkable strides in governance in its first 100 days after being reelected, a BJP-affiliated think tank said on Monday.
The Public Policy Research Centre (PPRC) released a monograph—“100 milestones in hundred days”—to highlight the BJP-led NDA Government’s major decisions, and asserted they have recorded new chapters in governance.
BJP vice president and Rajya Sabha MP Vinay Sahasrabuddhe told reporters that the Government’s resolve is evident from the fact that Parliament’s first session after the NDA came back to power was the most productive one with Lok Sabha and Rajya Sabha recording 137 per cent and 103 per cent productivity, respectively.
The saffron party, he added, also fulfilled its long-held commitment on abrogating Article 370, which gave Jammu and Kashmir special status, and moved towards implementing uniform civil code. While legislating a law against the practice of instant triple talaq was a major step in the direction of uniform civil code, the decision to nullify Article 370 and dividing Jammu and Kashmir into two union territories defined the Government’s political will to settle longstanding and contentious issues, Sahasrabuddhe said.
He also spoke about the decision to merge public sector banks as part of the Government’s economic reform agenda.
Prime Minister Narendra Modi continued with his thrust on “participatory development” by giving a call to people to shun single-use plastic and keep their families small, he said, noting that the PM had made cleanliness the centrepiece of his agenda during the first term. An easygoing approach often defined the work of a government on its return to power, he said, and referred to the Congress-led UPA dispensation’s second term during 2009-14.
PPRC director Sumeet Bhasin counted the passage of Protection of Children from Sexual Offences (Amendment) Bill, which mandated harsher punishments for sexual crimes against children, and Modi’s announcement of having a Chief of Defence Staff among the major decisions of the Government. (PTI)