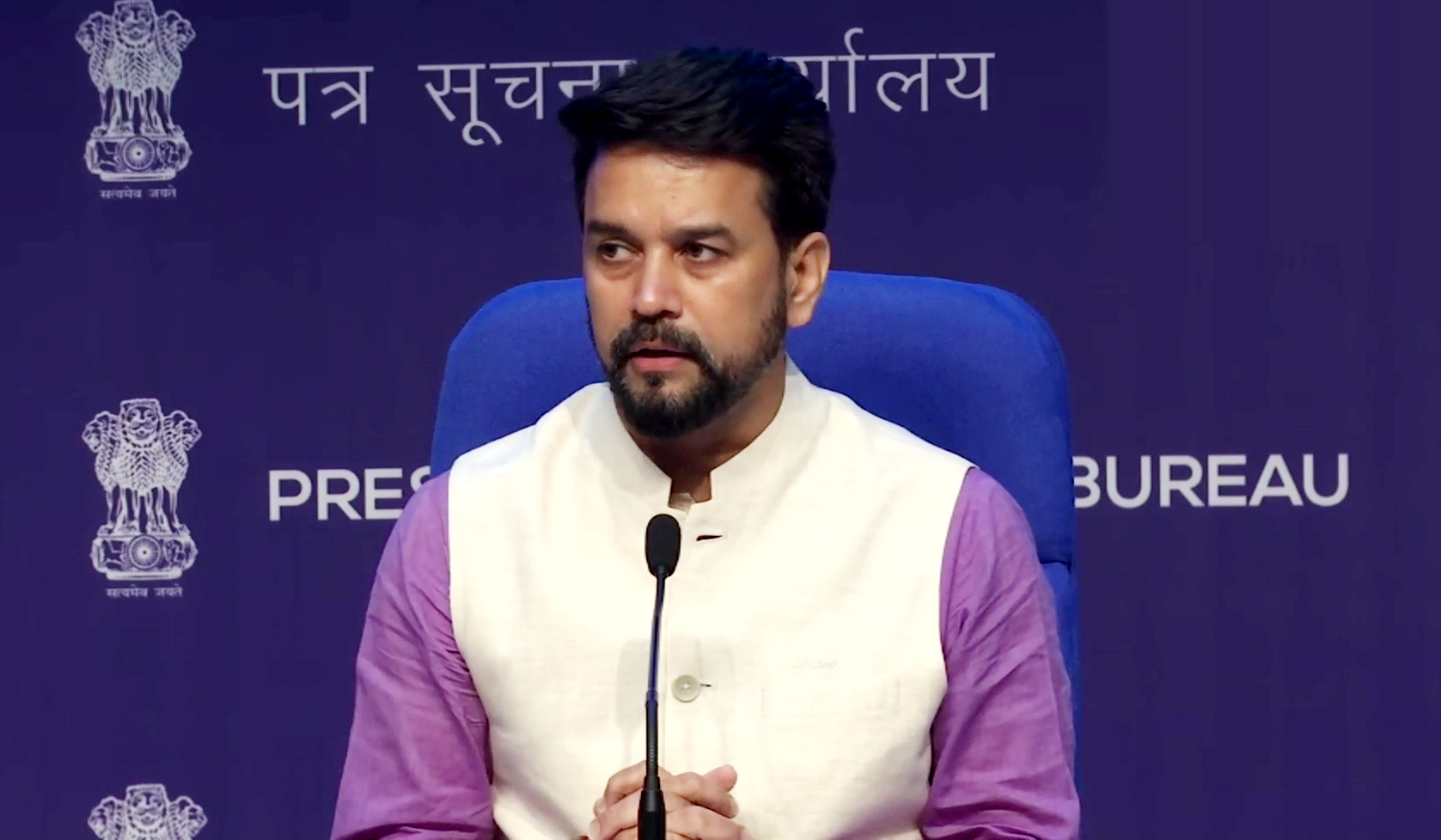 HAMIRPUR, Oct 17: Union Information and Broadcasting Minister Anurag Thakur on Sunday said the central government had opened the doors of food grains to the poor during coronavirus crisis, thereby proving that the BJP was pro-people.
While addressing a public meeting at Gasota village in the district, he said, “During the Covid-19 crisis, the Narendra Modi-led government made arrangements for free ration for 15 months to about 80 crore people by opening grain stores for the poor.
“By increasing the budget of the health sector by 2.5 times, a provision of about 2.25 lakh crores has been made. It was only possible due to the strong leadership of Prime Minister, Narendra Modi who had taken the Indian economy to the heights.”
He further said, Rs 23,000 crore was given to all the State Governments for infrastructural development in the health sector.
Thakur said, apart from getting help from the Central Government, PM Modi also made the provision of 5 PSS oxygen plants, one thousand concentrators, lakhs of masks, and sanitizers for Himachal through personal efforts.
“In this hour of crisis, lakhs of BJP workers kept working to help the common people,” he said.
The Information and Broadcasting Minister said that apart from free testing and treatment, the Modi government has also made a provision of Rs 35,000 crore for free vaccination of every citizen.
He also urged the common people to take special precautions during the festive and wedding season.
He said, “Due to the collective efforts of the Central and State Governments, new dimensions of development are being established in Himachal. Institutes of repute like Medical College, AIIMS, Hydro Engineering College, PGI Satellite Centre, IIIT Institute, and Central University have been established in Hamirpur Parliamentary Constituency.”
Referring to the development of Hamirpur district, the Union Minister said taht the construction of the new campus of the Medical College at a cost of about Rs 350 crore would be completed within a year and a state-of-the-art CT scan machine would be installed in Hamirpur Hospital by next month.
He further said, “Under the countrywide Clean India campaign launched by the Ministry of Youth Affairs and Sports, within 15 days 50 lakh kg of plastic waste had been collected. A target has been set to collect 75 lakh kg of plastic across the country by the end of this month.”
During the event, the minister inaugurated four new roads worth Ts 10 crore rupees under PM gram Sadak yojana and also laid the foundation stone of a Gaushala there costing about Rs 54 lakh.
Meanwhile, Rural Development and Panchayati Raj, Agriculture and Animal Husbandry Minister Virendra Kanwar said, “The State Government is constructing Gausadans and Gau Sanctuaries on a priority basis to give shelter to the destitute animals and the Gaushala of Gasota will be completed within three months.”
Kanwar said, a provision of Rs 4.5 crore has been made for the protection and promotion of indigenous hill cow.
On this occasion, MLA Narendra Thakur said, all-round development of all the panchayats of the area was being done on a priority basis as there was no shortage of funds for such projects with the Government. (UNI)