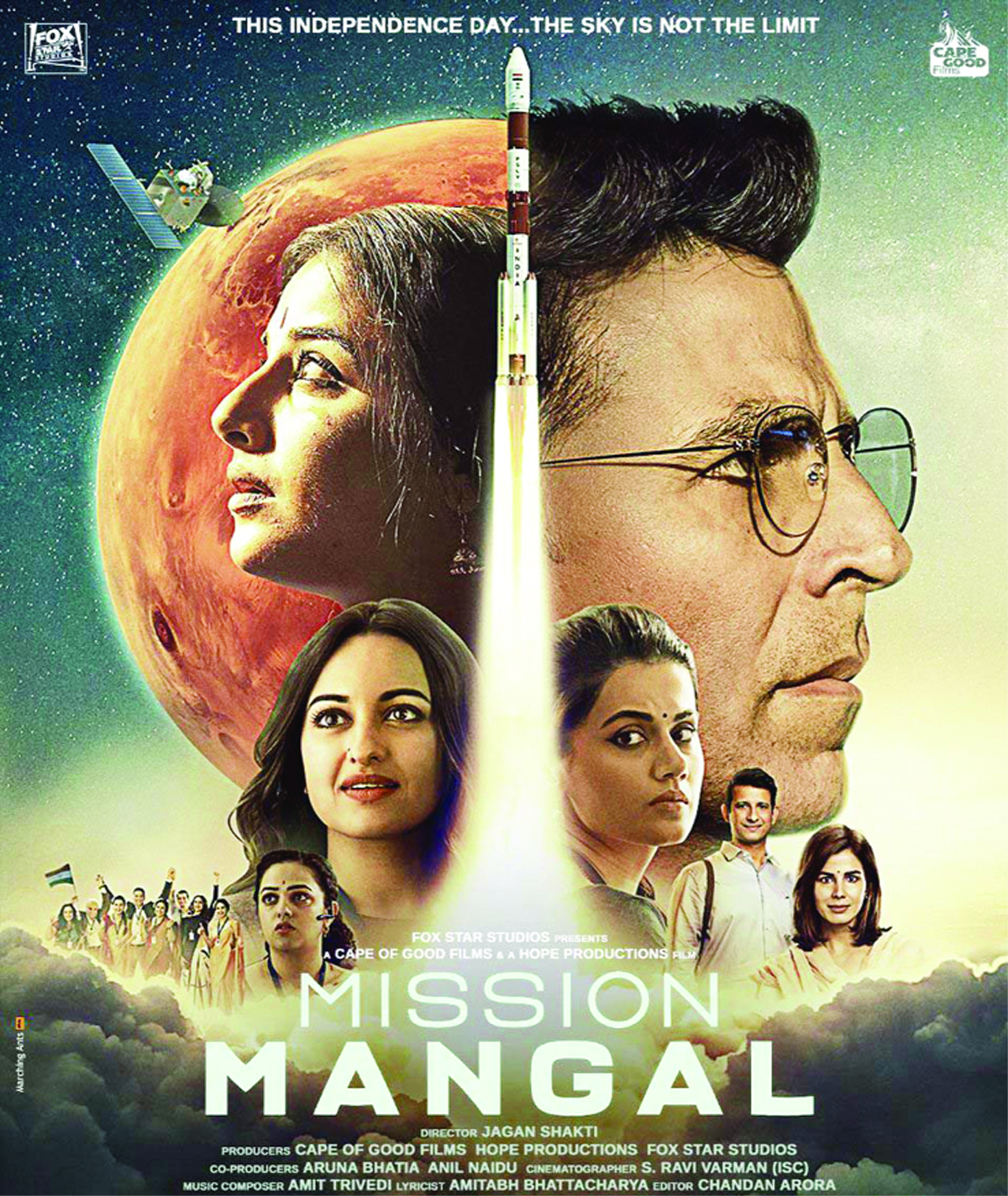 Akshay Kumar is gearing up for the release of his next film Mission Mangal, which is based on the Indian scientists at Indian Space Research Organisation (ISRO) who had contributed to the Mars Orbiter Mission. In a light mood during the trailer launch event of the film, Akshay shared some experiences from the shooting days.
Excerpts
Tell us about how filmmaker Jagan Shakti worked with you all?
Mission Mangal is a film based on a true story. Jagan needs a big appreciation because this is his first film. I know him for a long time. He was there in my film Holiday (Holiday: A Soldier Is Never Off Duty) and also he had assisted R. Balki. He is one person whom I really admire as he is very hard-working. Jagan is the person who got the story to me and told me about the whole ISRO thing. I told my all co-actors that I don’t know whether this film will be a hit or not but definitely we all will be proud of it. I have worked in almost 150 films but Mission Mangal is the best one I have been part of.
How your awareness about ISRO increased in the course of making the film?
To be honest, I didn’t have much knowledge about it before working in the film. But my eyes were opened as we entered into the film-making process. We are unaware of several incidents. For instance, I didn’t know that the Indian scientists went to moon in just Rs. 450 crore as compared to NASA’s more than six thousand crores. So I hope people get to know a lot of things about it.
When did you get goosebumps during making the film?
The first time when I heard the story and got to know the facts from Jagan. At that time, I came to know about our scientists’ achievements.
As the film also showcases women empowerment, was it sad to see the male protagonist’s picture in the first poster while all women characters were clubbed together in the second one?
Sad? No no, none of us was sad. Rather we were all very happy about it. Like before, I am reiterating that this film belongs and will belong to the women actresses.
Like last year, the releasing date of your and John Abraham’s films are clashing this time too. How do you react to it?
I think John has given a fantastic reply to a similar question. He said, ‘Make some noise for Desi Boys’. We have only 52 Fridays in a year so can’t help. The dates will eventually clash. This will happen because there is a huge congestion of films. We should not blame anybody or each other but go along with it.
Your wife Twinkle Khanna had said you were not happy to see your name in Forbes Magazine. Which one is important to you, money or achievement?
I will be happy if I get both the things simultaneously. I get happiness from both (smiles). (TWF)