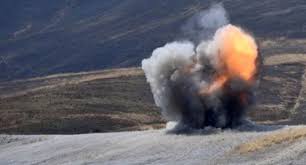 I n an important judgment, the J&K and Ladakh High Court ruled that a victim was duly entitled to compensation even if the cause of accident was the result of a subversive activity. Such compensation too is, therefore, payable under Motor Vehicles Act. Like this, the court has dismissed the appeal of the appellant against the decision of the amount of compensation granted to the concerned victim by the Motor Accident Claims Tribunal Pulwama where the Tribunal had considered an amount of Rs.3.86 lakh in favour of the mine blast victim travelling by the ill fated vehicle. The Court, in this connection, held that the administration bound by following the SoP guidelines should have not issued the clearance to the vehicle to ply on the road as during those days such activities were going on. Since the driver was not at fault and the accident took place due to a remote reason of a blast, it was entitled to compensation under the Motor Vehicles Act. Since there was no negligence proven or otherwise of the driver of the vehicle which met with an accident due to a mine blast, the victim therefore was entitled to the same relief / benefits as would otherwise be considered in respect of cases which are victims of terrorist violence/ bomb blasts.