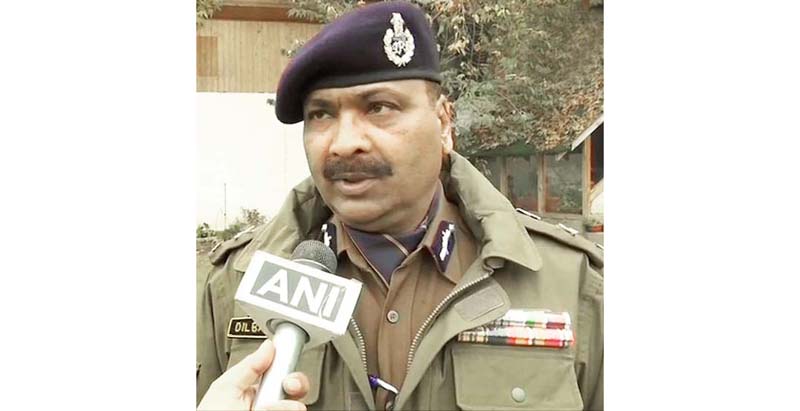 Excelsior Correspondent
JAMMU, Nov 20: Director General of Police (DGP) Dilbag Singh today said the militants were still trying to interfere with normal life in the Kashmir valley but asserted that police was making all efforts to thwart their attempts.
During his visit to Kulgam district in South Kashmir, the police chief said despite much pressure from Pakistan sponsored terrorist outfits, most of the Kashmir youth haven’t fallen prey to their evil designs.
“Number of youth joining militant outfits is much lesser this year as compared to previous years,” he said.
Asserting that terrorist outfits have been harassing and threatening people and interfering in their lives, Dilbag said police and security forces are working to give people a secure environment.
“Situation is much better now. Normalcy is returning,” he added.
The terrorists involved in the killings of civilians have been identified and appropriate action will be taken against them, Dilbag said.
The DGP while addressing the meeting stressed for effective measures to fight the terrorism.
He said that although graph of terrorist activities has come down in the recent past yet for providing peaceful environment to the people of J&K, they still need to continue fight against terrorism with enhanced vigour to end it for all time to come in Jammu and Kashmir adding that final assault `should be strategically planned and effective.
He said that adequate resources have been provided and the counter insurgency operations need to be increased.
Dilbag commended the collective efforts of Jammu and Kashmir Police and other security forces for maintaining law and order in Jammu and Kashmir. He also complimented people for cooperation in maintaining peace and order.
He said that the security of the people is greater concern and every step is being taken to ensure peaceful and trouble free environment for the people of J&K who have been victim of terrorism from last three decades. He stressed for strict action against elements inimical to peace and order. He advised the police personnel to enhance public interactions.
The DGP said that because of the professionalism displayed by J&K Police and CAPF at different fronts, people have shown great trust in them. He said a number of youth shunned the path of violence which indicated the faith of people in the forces.
He said that all officers and jawans are doing a commendable job in the fight against terrorism and efforts will continue with enhanced coordination among the forces so as to put an end to the terrorism in Jammu and Kashmir.