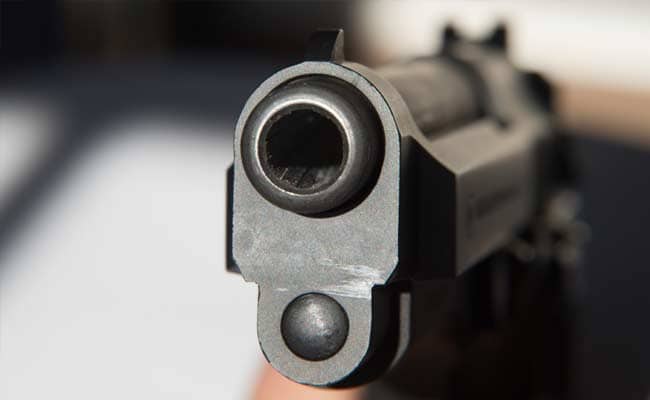 Fayaz Bukhari
SRINAGAR, May 8: Two persons who were running a chemist shop were injured after militants fired at them at Zainapora area of South Kashmir’s Shopian district this afternoon.
Militants barged inside the chemist shop outside Sub-district hospital Zainapora village of Shopian this afternoon and abducted Irfan ahmad Lone, 28, son of Abdul Hameed Lone of Zainapora Shopain and Muzafar Ahmad Bhat, 30, son of Ghulam Mohammad Bhat of Zainapora from the shop.

Click here to watch video
They were taken to nearby Raben Kahrpora village and shot at. Irfan received bullet injury in abdomen and Muzaffar in the leg. They were removed to hospital by a local in a load carrier after he saw them in a pool of blood. They were undergoing treatment in District Hospital Anantnag where their condition was said to be out of danger.
Sources said that Ifran was polling agent of the People’s Democratic Party (PDP) in Zainapora village where voting took place on Monday.
Soon after the incident, a joint team of Army and SOG launched a cordon-and-search operation in the area to nab the militants responsible for the attack.
This is the second incident in South Kashmir in last few days. Earlier last week, Gul Mohammad Malik of Bhartiya Janta Party (BJP) was shot dead in Anantnag district of South Kashmir. He was vice president of the BJP for Anantnag district.
Police today busted a militant hideout in Ganderbal area of Central Kashmir.
Working on a credible input, police and security forces busted a militant hideout in Gagangeer area of Ganderbal. Incriminating material, arms and ammunition were recovered. A case has been registered and investigation initiated.
Security forces including Army’s 42 RR, Police and CRPF today cordoned off Rathsuna village in Tral area of South Kashmir’s Pulwama district. As soon as the cordon was laid, youth pelted stones on the security forces leading to clashes. The clashes continued but the security forces later called off the operation as no militants were found there.
Security forces today cordoned off a Baramulla village of North Kashmir’s district after inputs about presence of militants in the area.
A joint team of Army’s 52 RR and Special Operation Group (SOG) Baramulla laid a siege at Gohan village of Baramulla district.
House to house searches were conducted and all the entry and exit points of the village have been sealed. The search operation was later called off as no militants were found there.