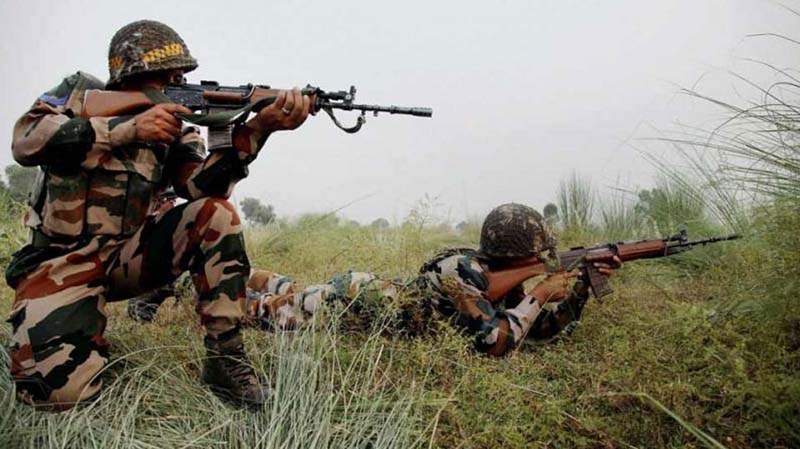 Excelsior Correspondent
Srinagar, Apr 19: A militant was killed in a brief shoot out in Watergam area of North Kashmir’s Sopore area tonight.
Militants fired at an army’s 32 RR patrolling party in Watergam area of North Kashmir tonight when they were passing through the area.
The troops retaliated leading to a brief shootout in which one militant was killed.
One pistol and three grenades were recovered from the slain militant. However the identity of the slain militant is yet to be ascertained and it is believed that he was a foreign militant. The area was cordoned off and searches are going on in the area.
Militants this evening fired a rifle grenade at a Central Reserve Police Force camp in Tral area of South Kashmir.
The grenade was fired at a CRPF camp of 180th battalion. However, it didn’t cause any damage. The area was immediately cordoned off and an operation was launched against the militants responsible for the attack.
Unknown persons this evening set ablaze scooty of a National Conference worker in Nowhetta area of old city. The scooty bearing registration number JKO1A-E/0122 of the NC worker Ghulam Ali Jan son of Ghulam Nabi Jan of Range Hamam Nowhatta was set ablaze near his home