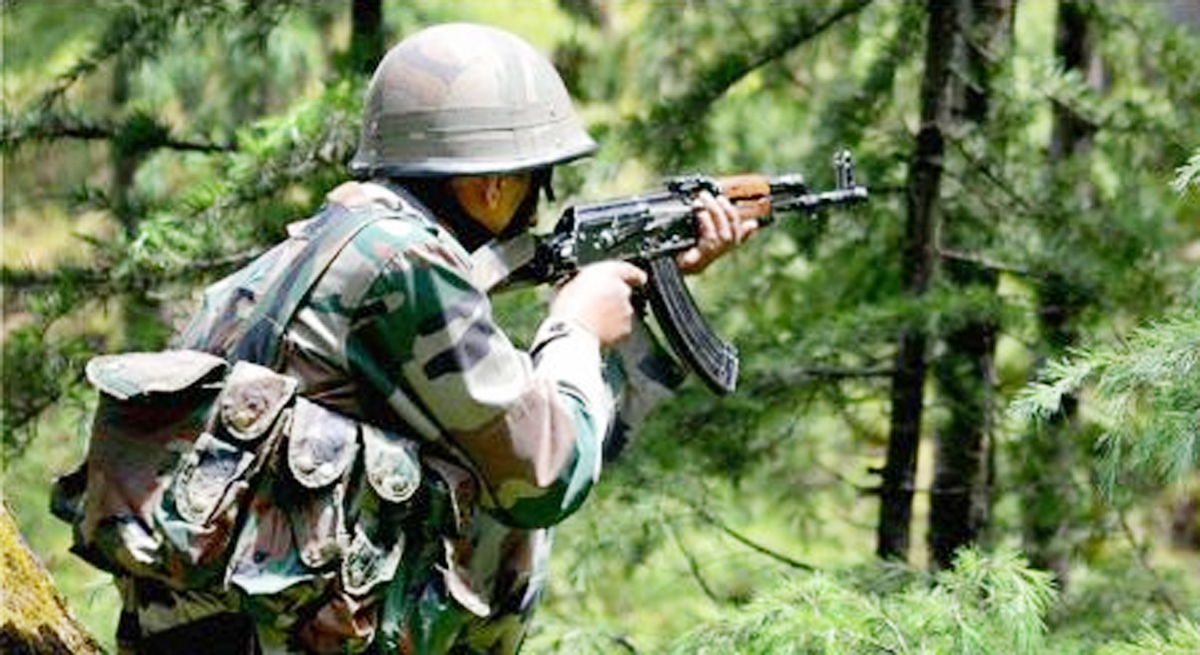 Excelsior Correspondent
KISHTWAR, June 21: A militant was injured in shootout in Keshwan forest area of the district here today.
As per police sources, on specific inputs about presence of militants, security forces launched a search operation in Keshwan forest area of this district.
The operation was being jointly carried out by Army and police in Keshwan forest, sources said, adding that a militant has been injured in the shootout.
Cordon and Search Operation (CASO) was going on, sources adding that the militant was not arrested when last reports were compiled.
On May 31, two special police officers were injured in a gun battle with terrorists during an operation in Appan area of Marwah belt in the district. However, the militants managed to escape after the encounter.
Kishtwar, which was declared terrorism-free over a decade ago, was rattled by the killing of State secretary of BJP Anil Parihar and his brother Ajeet Parihar on November 1 last year, followed by assassination of senior RSS leader Chanderkant Sharma and his security guard inside a health centre on April 9.