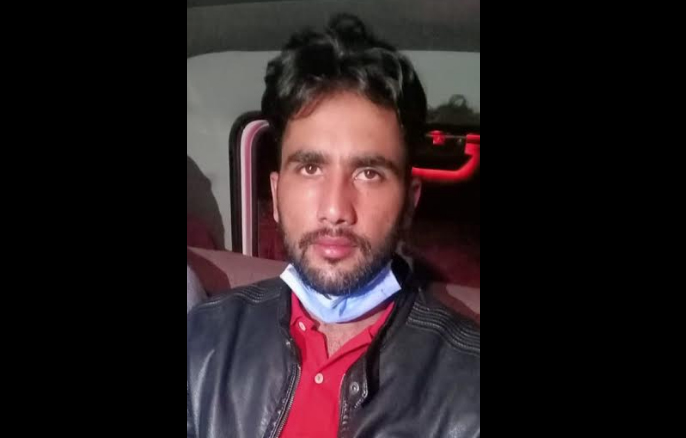 POONCH: Jammu and Kashmir police on Wednesday arrested a militant from Jammu Airport, saying that he was the main coordinator and facilitator of militant activities of various militant groups involving facilitating infiltration of militants, smuggling of arms and ammunition, narcotics from across the Line of Control (LoC) to Indian Territory from Balakote area of Poonch district.
“The militant identified as Sher Ali from Dhargloon, Mendhar district Poonch has been arrested in connection with a case under FIR number 292/2020 P/S Mendhar and is also involved in many other cases of district Poonch,” spokesman said in a statement.
Sitting aboard, Sher Ali was involved in sending two Pakistan militants from Dabbi area of Balakote Sector on 24/25 of November 2020 at the behest of Pakistani handler @ Sultan. “The two militants of JK Gazanavi force were later killed in an encounter on 13th of December-2020 in Poshana area of Surankote,” the statement said.
“Sher Ali also smuggled arms and ammunition which included three pistols and one IED besides other ammunition through Balakote Sector in Mendhar district Poonch. The receiver of these Arms and ammunition namely Mushtaq Ahmed (father of Sher Ali) and Raskeem Akhter (sister of Sher Ali) were arrested by Poonch Police on 11-9-2020 and FIR was registered at P/S Mendher in this regard,” the statement added.
“So far, five OGWs namely Mushtafa of Kandi Galuta, Muhammad Yaseen of Dabbi Balakote, Younis, Irfan and Raskeem have been arrested who were involved in the militant network led by Sher Ali,” it added.
“Sher Ali was also involved in drug smuggling along with smuggling of arms and ammunition and 2 Kgs heroine worth approximately Rs 8 crores in the international market were also recovered from this militant network, which was meant to be used for militant financing. So far from this network, five pistols, 13 grenades and one live IED has been recovered. Further investigation is in progress,” police said.