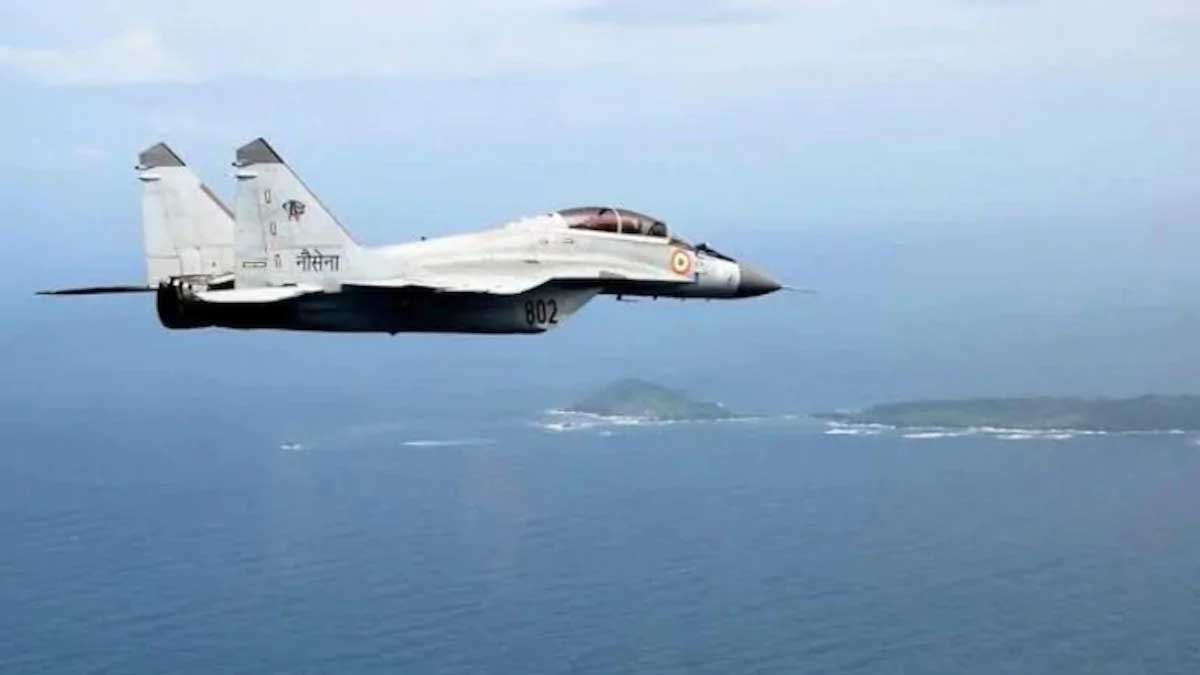 NEW DELHI, Nov 27:  A MiG-29K fighter aircraft of the Indian Navy has crashed into the Arabian sea, and while one pilot has been rescued, a search operation is on for the second, who went missing after the incident, the Indian Navy officials said today.
According to the officials, the Russian-origin jet had taken off from aircraft carrier INS Vikramaditya, and went down at around 5 PM on Thursday.
“MiG-29K trainer aircraft operating at sea ditched at about 1700 hrs on 26 Nov 20. One pilot safely recovered, search for the second pilot Cdr Nishant Singh, by air and surface units is in progress. An enquiry to investigate the incident has been ordered,” a Navy spokesperson said.
The Navy has deployed a significant number of surveillance aircraft and ships to locate Commander Singh, officials said.
This is the third accident involving the Mig-29K aircraft in the last one year.
A MiG-29K twin-seat fighter aircraft had crashed in South Goa district in November last year and both the pilots had ejected safely. Another MIG-29K crashed into the Arabian Sea off the Goa coast on February 23 this year after taking off from INS Hansa, a prominent naval air station at Vasco in Goa. The pilot of the aircraft had managed to eject safely.
The MiG-29K is an all-weather carrier-based multirole fighter aircraft developed by Russian aerospace company Mikoyan (MiG). The Indian Navy had procured a fleet of 45 MiG-29Ks from Russia over a decade back at a cost of around USD 2 billion to operate from INS Vikramaditya.
INS Vikramaditya was part of the second phase of the Malabar exercise involving navies of India, the US, Australia and Japan.
The MIG-29K fleet on board the aircraft carrier was also involved in the mega naval drill that took place from November 17 to 20.
The major highlight of the exercise was participation of the Vikramaditya carrier battle group and the Nimitz strike group of the US Navy. The USS Nimitz is the world’s largest warship.
A carrier battle group or carrier strike group is a mega naval fleet comprising an aircraft carrier, accompanied by a large number of destroyers, frigates and other ships. (PTI)