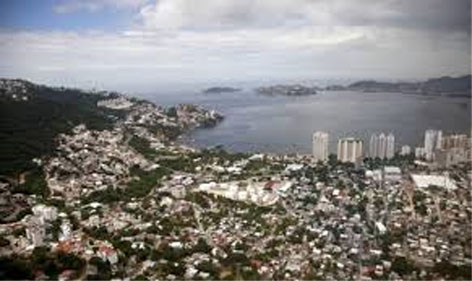 Mexico City, Aug 7:The Mexican coastal city of Acapulco pulled a pair of controversial video ads on Thursday touting the faded resort’s reputation as an “anything goes” tourism destination because they weren’t appropriate during the coronavirus pandemic.
The governor of the Pacific coast state of Guerrero quickly criticised the ads, in which tourists are depicted going to parties, pools and nightclubs without face masks or social distancing.
“We have stopped being a postcard from the past, today we have changed the rules,” says a voice-over narration in one of the videos. “In fact, there are no rules,” says another voice, as people can be seen eating bizarre meals and going out to night clubs. “Eat whatever you want, have fun day and night and into the early morning hours … Find new friends and new loves.”
One of the ads was also oddly titled — in English — “Mom, I’m in Acapulco.” Governor Hector Astudillo wrote late Wednesday that the ads were “out of step with the times, insensitive and reckless.” The ads were dropped from tourism promotion web sites.
Astudillo wrote in his Twitter account that he preferred the less sexy but more accurate slogan, “When all this is over, we’re waiting for you here.”
Acapulco was once considered glamorous and attracted an international jet-set. It was during a vacation there in the 1960s that novelist Gabriel Garcia Marquez came up with the idea for “100 Years of Solitude.” In 1975 Bill Clinton took a young woman named Hillary for a honeymoon in Acapulco.
But in the 1970s and ’80s, the resort’s infrastructure crumbled, and poor, crowded settlements sprung up inland from the bay, sparking rising problems of unemployment, crime and pollution.
Starting around 2006, drug gang violence made Acapulco one of Mexico’s most violent cities.
The US State Department maintains its highest “do not travel” advisory for the city and Guerrero state, though homicides fell about 20% in the first half of 2020 compared to the same period of 2019.
Acapulco has also registered about 6,000 coronavirus cases so far and 756 deaths, though the pandemic appears to have peaked there in early July and numbers have fallen in recent weeks. Authorities have allowed a limited re-opening of some hotels at about 30% capacity, but the city’s discos and night clubs remain closed.
Federal Tourism Secretary Miguel Torruco told local media the ads had been a failed bid to attract a new generation — milennials — to a resort whose reputation, as the ads suggest, was stuck in the ear of their grandparents.
Indeed, both ads start with faded images of the resort’s glory days in the 1960s and 70s.
“This video seeks a a market niche that is inclusive, for the millennials, but not, obviously for the times we are living through today,” Torruco said. (AGENCIES) 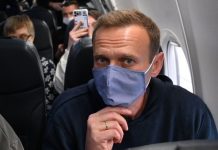