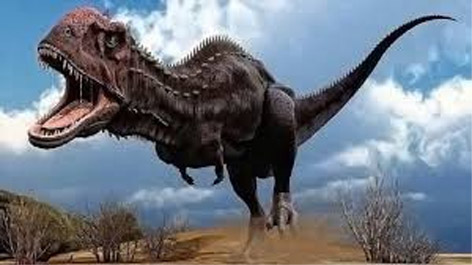 NEW YORK, Jan 17: Volcanic activity in India’s Deccan Traps, previously thought to have contributed to the extinction of dinosaurs, did not play a role in their die-off, according to a study which suggests meteorite impact alone led to the death of the ancient reptiles.
While scientists had earlier focused on the role of volcanoes in causing the K-Pg mass extinction event which killed the dinosaurs, the current study, published in the journal Science, noted that volcanic gas release happened well before the space rock impact.
“Volcanoes can drive mass extinctions because they release lots of gases, like sulphur dioxide (SO2) and carbon dioxide (CO2), that can alter the climate and acidify the world. But recent work has focused on the timing of lava eruption rather than gas release,” said Pincelli Hull, lead author of the new study from Yale University.
According to the study, the environmental impacts from massive volcanic eruptions in India’s Deccan Traps happened well before the K-Pg event, 66 million years ago, and did not contribute to the dinosaur extinction.
To make this discovery, the scientists pinpointed the timing of volcanic gas emission by assessing global temperature change, and the levels of carbon atom variants in marine fossils from this time period.
They compared these findings with models simulating the effect of CO2 release on the climate of this time.
Based on their analysis, they said most of the gas release happened well before the asteroid impact — and that the asteroid was the sole driver of extinction.
“Volcanic activity in the late Cretaceous caused a gradual global warming event of about two degrees, but not mass extinction. A number of species moved toward the North and South poles but moved back well before the asteroid impact,” Michael Henehan, another co-author of the study.
“A lot of people have speculated that volcanoes mattered to K-Pg, and we’re saying, ‘No, they didn’t,'” Hull Added.
However, the researchers said the Deccan Traps volcanic eruptions may have played a role in reshaping the planet’s ecosystems post the dinosaur extinction.
“When combined with other lines of evidence, these models support an impact-driven extinction. However, volcanic gases may have played a role in shaping the rise of different species after the extinction event,” they wrote in the study. (PTI)