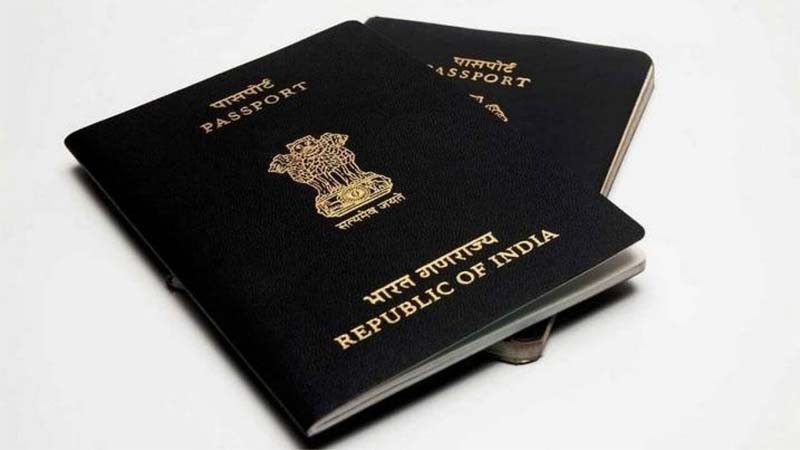 SRINAGAR, Nov 27: The High Court, in a significant judgment, has held that the passport authorities cannot withhold the passport of a person on mere registration of FIR against him/her and cannot ask for No objection Certificate (NOC) in this regard from court of law.
Quashing the communication whereby the aggrieved person was informed by Public Information Officer of the Passport Department that Passport Office had received a report from the police, which indicates that FIR No.3/2019 is registered against him as such he is required to furnish No Objection Certificate from the Court of law, Justice Sanjeev Kumar directed the Passport authorities to grant passport facility to the petitioner-Rajesh Gupta in the re-issue category without insisting for production of NOC from the Court.
“Viewed thus, I am of the considered view that the ground on which the request of the petitioner for re-issue of the passport has been rejected is totally untenable and unsustainable in law. The respondents cannot insist upon the petitioner to produce NOC from the Court when there are no criminal proceedings pending in any competent Court of criminal jurisdiction”, Justice Kumar directed.
While perusing the documents on record, he said, it is abundantly clear that there is only an FIR pending investigation against the petitioner and no final report in the matter has so far been submitted to the Court.
Court said there is merit in this petition and the same is, accordingly, allowed with the respondent-Passport Officer to grant passport facility to the petitioner in the re-issue category. “However, before doing so, the respondents may verify as to whether final report in FIR No.3/2019 registered against the petitioner has been submitted to the competent Court of law or not”, Court clarified.
Court further added that in case final report in the FIR aforesaid registered against the petitioner has been presented to the competent Court of law, the Passport Officer shall pass appropriate orders after due application of mind and if necessary may demand furnishing of NOC from the concerned Court to be submitted by the petitioner.
Court said the circular instructions issued by the Government of India cannot override the statutory provision of Passport Act, which is applicable to the instant case and the Section court said, has already been interpreted herein the light of various decisions rendered by various High Courts across the Country.
“Otherwise also, the circular and office memo relied upon by the respondents also speak about proceedings in respect of offence alleged to have been committed by the applicant which are pending before a criminal Court in India and do not contemplate or encompass cases where there is only FIR registered and the same is at the stage of investigation”, Court said.
Court reiterated that mere registration of an FIR or pendency of investigation by the Investigating Agency is no ground to refuse issue or renewal of passport requested by the applicant and when FIR alone is registered and investigation is undertaken by the Investigating Agency, there are no proceedings before a criminal Court.
The criminal proceedings commence before the competent Court of criminal jurisdiction only when a final report is laid by the investigating agency before the Court or in case of a private complaint, when the criminal Court of competent jurisdiction takes cognizance and proceeds in the manner provided under the Code of Criminal Procedure.
“Till such eventuality happens, we cannot say that there are criminal proceedings pending in the Court. If that be the clear and unequivocal position emerging from the scheme of Code of Criminal Procedure, there is not even an iota of doubt that registration of FIR and the investigation taken thereupon by the investigating agency cannot be said to be the proceedings pending before a criminal Court in India to attract disqualification laid down in Clause (f) of Sub Section (2) of Section 6 of the Passport Act”, Justice Kumar recorded.