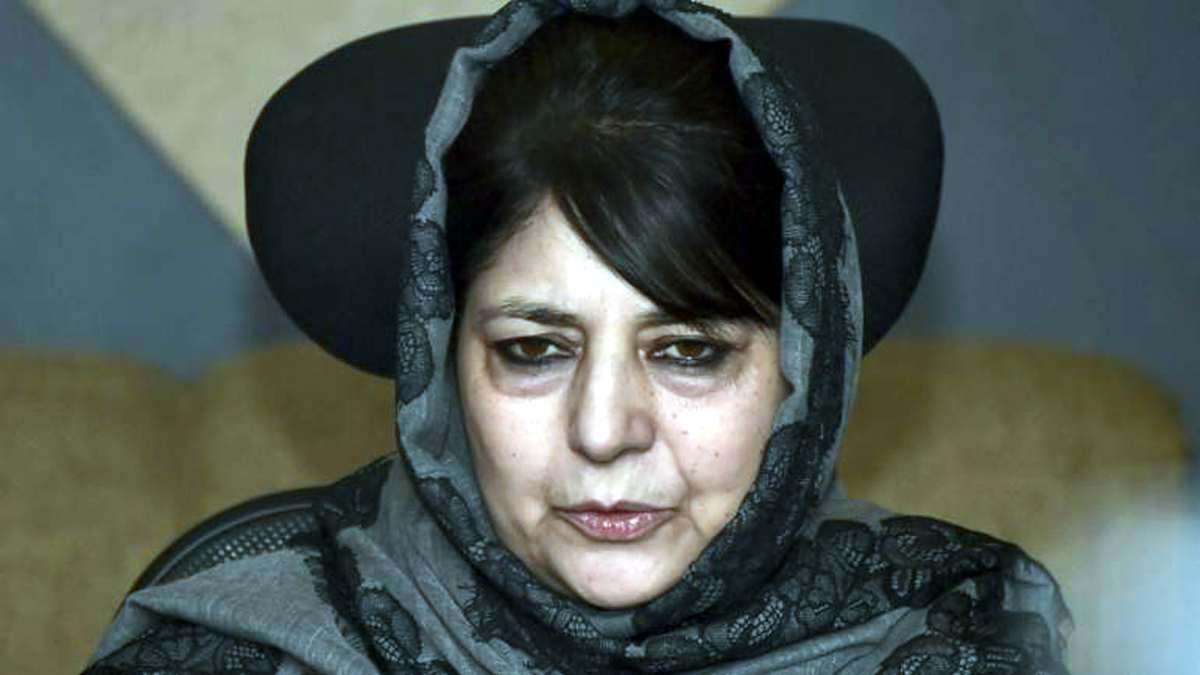 Excelsior Correspondent
Srinagar, Mar 30: People’s Democratic Party (PDP) president and former Chief Minister, Mehbooba Mufti, today cautioned Prime Minister Narendra Modi led NDA Government over its position of scrapping Article 370.
Mehbooba while addressing party workers here at Srinagar today said if Article 370 is revoked, it will make an end to India’s relations with Jammu and Kashmir. “If you scrap 370, your relation with J&K will be over”, she said.
“Breaking that bridge (Article 370)…then you will have to renegotiate relationship between India-Jammu & Kashmir, there will be new conditions…,” she added.
Mehbooba said there will be new conditions between India and Jammu and Kashmir and that the people would be forced to even think whether they want to join India or not. “It will also be important at that time to ponder whether the Muslim majority State, would it even want to stay with you (India)?”, she asked.
She was responding to remarks made by senior BJP leader and Union Finance Minister Arun Jaitley who had said that Article 35A is “Constitutionally vulnerable” and is an impediment to the economic development of Jammu and Kashmir.